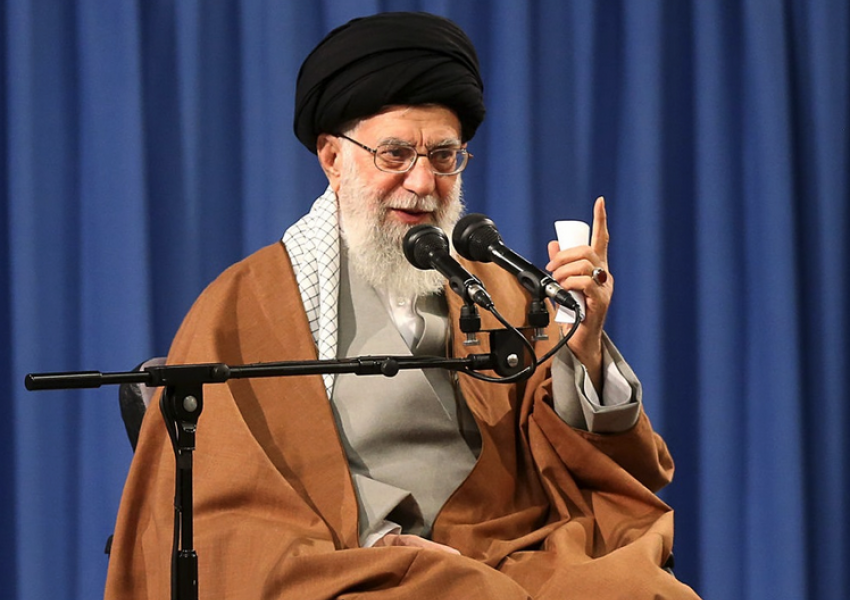 Iran’s Supreme Leader Ali Khamenei said on Wednesday [February 17] that Iran needed to see action over the revival of its 2015 nuclear deal with world powers, the JCPOA (Joint Comprehensive Plan of Action). “Words are not good enough, they are not useful,” Khamenei said in a public address via video-link. “This time, we will act only if we see action from the other side."

While both Khamenei and US President Joe Biden have expressed a desire to restore the agreement, Washington and Tehran each demands that the other side takes the first steps. Iran has extended its violation of the agreement with its decision to reduce the access of UN inspectors on February 23 if the US does not lift sanctions.

Iran’s President Hassan Rouhani in a separate speech addressed the issue of UN inspections, resulting from Iran on February 23 suspending the operation of its Additional Protocol to the Non-Proliferation Treaty. “There will be no problems,” Rouhani said. “Not only we will not expel IAEA inspectors, but the General Secretary of the agency [Rafael Mariano Grossi] will visit Tehran. The agency’s safeguards’ rules will be observed, and IAEA inspectors are in here and will supervise.”

The IAEA on Wednesday confirmed that Grossi, the agency head, who argued in December for a program to sequence US and Iranian moves reviving the JCPOA, might travel to Iran to find an agreement “for the agency to continue essential verification work.”

Also on Wednesday France announced that French Foreign Minister Jean-Yves Le Drian will discuss the situation regarding Iran at a meeting on February 18 featuring his counterparts from Germany, the United Kingdom and the United States.

Elsewhere in his speech, Khamenei expressed his concern about Iran’s challenging economic situation, which has deteriorated in three years of draconian sanctions introduced by President Donald Trump after he abandoned the JCPOA in 2018.

Khamenei said that people’s “frustrations” over corruption in Iran showed that people still followed the Revolution’s ideals. “It is encouraging that we see people protest against corruption and show their interest in the revolution.”

The leader suggested that some problems arose from bad management and that egalitarianism offered a way forward: “We have never concealed the fact that we lag behind in some areas for which our officials should be blamed. Wherever we acted in a revolutionary way, we went ahead, but where we didn't, we still lag behind…We lag behind in the area of securing people’s livelihood and the current situation is not good enough. The gap between socioeconomic classes should be filled and justice should be restored.”

Khamenei attributed the current economic situation to US sanctions while also citing a growing population. “Before the Revolution we had a smaller population with more oil revenues, but now we are being sanctioned and our income has been declining.” The leader looked forward to a high turnout in June’s general election and asked voted to choose an “efficient” president.

City officials in Iran's capital Tehran are planning to put locks on large waste containers in the streets to prevent garbage pickers from accessing waste. END_OF_DOCUMENT_TOKEN_TO_BE_REPLACED

The Biden Administration has confirmed to the US Congress that sanction imposed by its predecessor on Iran have drastically reduced Iran's trade with the world. END_OF_DOCUMENT_TOKEN_TO_BE_REPLACED

The UK government said on Sept 20 that Britain would "not rest" until all its dual nationals being held in Iran were returned home. END_OF_DOCUMENT_TOKEN_TO_BE_REPLACED