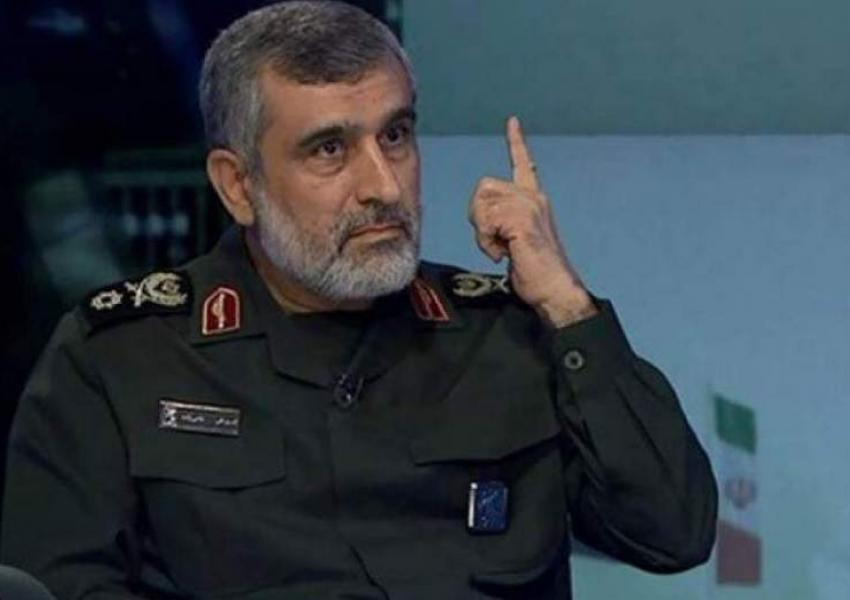 Iran’s missile capability is non-negotiable, Brigadier-General Amir-Ali Hajizadeh, the Commander of the Revolutionary Guards (IRGC) Aerospace Force, told Lebanon’s Al-Manar television on Saturday [January 2]. “No [government] official will be allowed to negotiate [with the US and other world powers] over missile capability,” Hajizadeh said. “This is a red line.”

Iran has long dismissed calls from the United States and European powers to limit its missile capacity, which it has built up in the absence of an effective air-force. Some in the US, Europe and the Gulf Arab states have suggested that Iran’s ballistic missiles be included in talks over reviving Iran’s 2015 nuclear agreement with world powers, the JCPOA (Joint Comprehensive Plan of Action).

Heiko Maas, German foreign minister, in an interview with Der Spiegel on December 4, spoke of a new and broader agreement on regional security that would include Iran’s ballistic missile program. On December 21 a joint meeting of the United Kingdom, France and Germany – all JCPOA signatories – called for “the return of the United States and Iran to full implementation of the agreement, without preconditions; and to find a negotiated path to address broader concerns regarding Iran.”

Iranian President Hassan Rouhani has presented reviving the JCPOA as relatively straightforward once President-elect Joe Biden takes office on January 20 and carries out his campaign pledge to return to the deal. President Donald Trump abandoned the agreement in 2018 before imposing ‘maximum pressure’ he said would lead to Iran accepting a variety of US demands including stopping all uranium enrichment, curbing missile defense and ending support to regional allies. Iranian officials insist that the JCPOA is not to be re-negotiated, especially setting new pre-conditions.

In his Al-Manar interview, Hajizadeh said, US and Israel had not created security anywhere in the region, including for their Arab allies. “If something happens in here and a war breaks out, we will make no distinction between the US base and its host country.” He added, “Naturally, the very same Arab countries of the region will bear the brunt.” Iran has made similar threats in the past, but it pushed Gulf Arab countries closer together and to Israel.

Hajizadeh claimed that Iran might revise its current decision to limit the range of ballistic missiles to 2,000 km. He said that the limitation was “not set in stone,” and praised Iran’s work spreading know-how to allies – referring presumably to both Hezbollah and Hamas. “We taught our allies and friends how to make a hook instead of giving them fish or teaching them how to catch fish,” he said.

Commenting on the January 8 missile attack on Ain al-Assad base in Iraq hosting US troops, leaving tens of American soldiers with traumatic brain injuries that Trump called “headaches,” in retaliation for Washington killing Iranian general Qasem Soleimani five days earlier, Hajizadeh said Iran could have struck harder but limited the attack just to “hit the pride and dignity” of US forces. 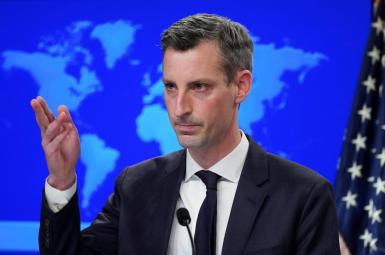 City officials in Iran's capital Tehran are planning to put locks on large waste containers in the streets to prevent garbage pickers from accessing waste. END_OF_DOCUMENT_TOKEN_TO_BE_REPLACED

The Biden Administration has confirmed to the US Congress that sanction imposed by its predecessor on Iran have drastically reduced Iran's trade with the world. END_OF_DOCUMENT_TOKEN_TO_BE_REPLACED

The UK government said on Sept 20 that Britain would "not rest" until all its dual nationals being held in Iran were returned home. END_OF_DOCUMENT_TOKEN_TO_BE_REPLACED

There will be no meeting of the Iran nuclear deal participants on the sidelines of the UN General Assembly this week, the EU and Iran have announced.
3 hours 31 sec ago