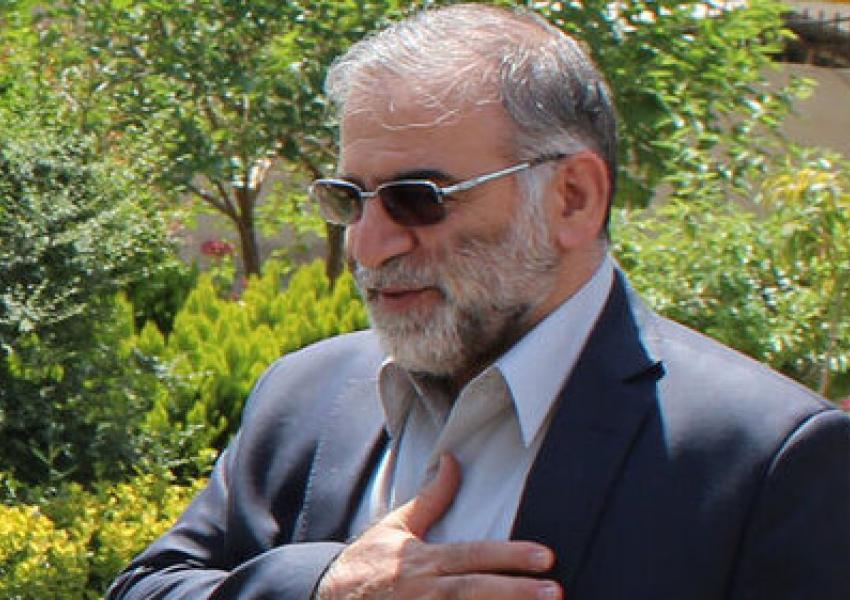 The killing of Iran’s prominent ‘nuclear scientist’ Mohsen Fakhrizadeh on November 27 caught attention in Iran and abroad. But his family’s involvement in major businesses has also stirred controversy.

Recently, Iranian state television aired an interview in which Fakhrizadeh’s three sons responded to an Iran International TV report about the family’s financial activities. In the interview, one son said that the projects were “knowledge-based companies” but did not deny Iran International’s report.

Iran International TV correspondent Mojtaba Pourmohsen had suggested Fakhrizadeh had been removed from the nuclear program in the 2010s by a “conspiracy” between Feraydoun Abbasi, head of the Atomic Energy Organization of Iran from 2011 to 2013, and Ali Shamkhani, Secretary of the Supreme Council of National Security (SNSC) since 2013 and earlier Defense Minister 1997-2005. Fakhrizadeh was instead transferred to chair the Defense Research and Innovation Organization, a research body of the defense ministry.

Fakhrizadeh, the report continued, was also “given” Saina Holding, a holding company, and his family are prominent in its companies. His wife, Sedigheh Ghassemi, and three sons are on the boards of several Saina businesses active in security-related work. Hani Fakhrizadeh, one son, is the chief executive officer of Tadbir Andishan Company, whose headquarters are located in Tehran at the junction of Pasdaran Avenue and Kouhestan Street.

Mohammad Mehdi and Hamed are chairman and vice chairman of the horticulture company No Avaran, another Saina company. Its headquarters are at the same place as Novin Pardazeshgaran.

All three brothers are board members of Gostaresh Rahkarha-ye Dadeh Negar Company, based at the same place as Tadbir Andishan in Pasdaran Avenue. From the same address, Fakhr Iman Shargh supplies security equipment and CCTV to government organizations. Here, Hamed is the managing director and Hani his deputy.

In Ertebat Afarinan, Mohammad Mehdi is the chief executive officer, and Hani a board member. This company is based at the same address in Pasdaran Avenue. The company provides telecommunications equipment including VOIP (Voice over Internet Protocol) and paging systems to government organizations. Meanwhile, Mohammad Mehdi and Hani are board members of Rayan Afzar Hasib Company, which offers financial and auditing services.

Another Saina company, Petro Saina Mehr Kish, has on its board of directors Sedigheh Ghassemi, Fakhrizadeh’s wife. Their son Hani is the CEO and managing director. This company is registered in Kish Island and imports equipment for the oil, gas and petrochemical sectors.

Among the many stories and myths about differences among senior official who run Iran’s nuclear program, some point to conflict between Mohsen Fakhrizadeh and Abbasi and suggest Fakhrizadeh was removed from the nuclear program because of this rivalry. But his financial empire is still up and running.

City officials in Iran's capital Tehran are planning to put locks on large waste containers in the streets to prevent garbage pickers from accessing waste. END_OF_DOCUMENT_TOKEN_TO_BE_REPLACED

The Biden Administration has confirmed to the US Congress that sanction imposed by its predecessor on Iran have drastically reduced Iran's trade with the world. END_OF_DOCUMENT_TOKEN_TO_BE_REPLACED

The UK government said on Sept 20 that Britain would "not rest" until all its dual nationals being held in Iran were returned home. END_OF_DOCUMENT_TOKEN_TO_BE_REPLACED