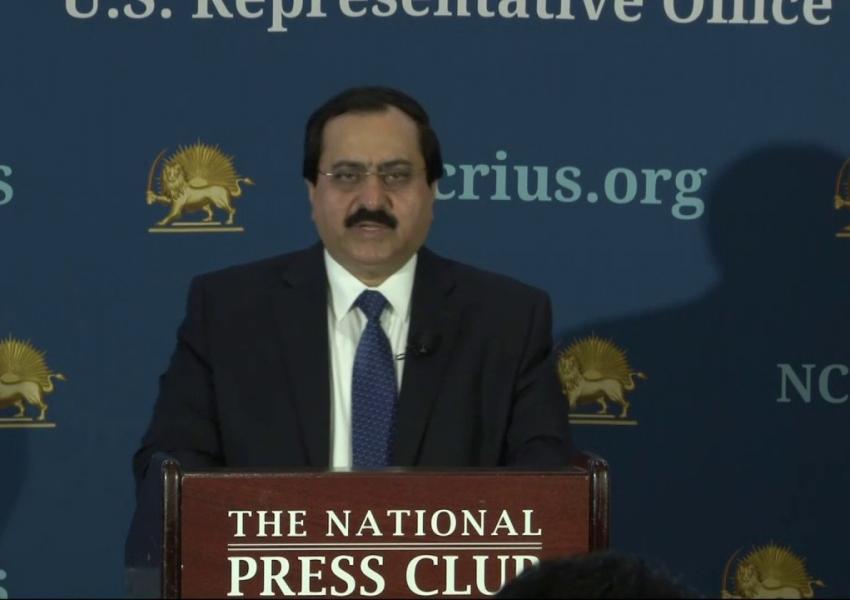 An Iranian opposition group, known as the National Council of Resistance of Iran (NCRI has released documents related to the attacks on Saudi oil facilities that it says proves Iran was behind these attacks.

In a press conference on Monday, Alireza Jafarzadeh, a member of NCRI claimed that the “attacks were launched from Omidiyeh military base in Ahvaz city.”

The Islamic Republic officials have denied any role in the attacks against Saudi Arabian oil facilities and the regime’s proxy group, Houthis of Yemen, claimed responsibility for the attacks. President Hassan Rouhani recently criticized the international community for blaming Iran for the attack without any proof.

According to the NCRI report: “The leader of the Islamic Republic decided on the attack. The final decision was made on July 31 by Supreme Leader Ali Khamenei after a national security supreme council meeting, with both President Rouhani and Foreign Minister Mohammad Javad Zarif present.”

The NCRI says the information is based on MEK (Mujahedin-e Khalq) sources from within the regime and the Islamic Revolutionary Guard Corps (IRGC). MEK is part of the NCRI.

The NCRI report details the attacks from Omidiyeh Base in Ahvaz, which belongs to the army, but the report says that the army forces were recently replaced by IRGC forces.

It also claims that a new IRGC force entered Omidiyeh on September 22, nearly a week after the attack on the oil facilities, but that “there is no information on their orders yet.”

The report concludes: “The simultaneous missile and drone attack on Saudi Arabia’s oil facilities on September 14, 2019, emanated from inside Iran and was a blatant act of war that Khamenei, Rouhani, Zarif, and other regime heads were responsible for in deciding, approving, and implementing.”

City officials in Iran's capital Tehran are planning to put locks on large waste containers in the streets to prevent garbage pickers from accessing waste. END_OF_DOCUMENT_TOKEN_TO_BE_REPLACED

The Biden Administration has confirmed to the US Congress that sanction imposed by its predecessor on Iran have drastically reduced Iran's trade with the world. END_OF_DOCUMENT_TOKEN_TO_BE_REPLACED

The UK government said on Sept 20 that Britain would "not rest" until all its dual nationals being held in Iran were returned home. END_OF_DOCUMENT_TOKEN_TO_BE_REPLACED