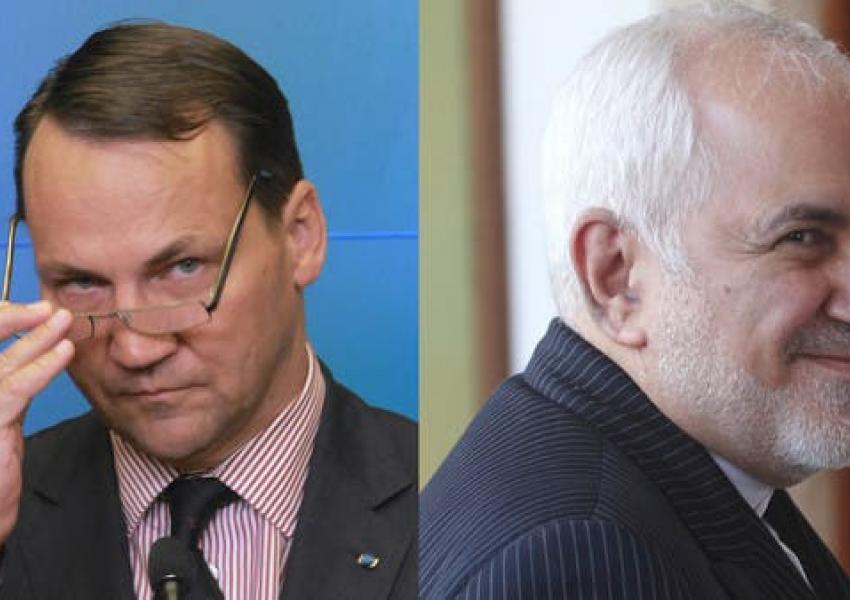 The European Parliament on Thursday [December 17] overwhelmingly passed a resolution strongly condemning recent executions in Iran including the execution of the France-based kidnapped Iranian dissident journalist Ruhollah Zam, and urging European leaders to “urgently intervene” to halt the planned execution of Ahmad-Reza Djalali, a 49-year-old Swedish-Iranian doctor and academic.

During yesterday’s EU session, the Polish MEP Radoslaw Sikorski delivered a fiery speech in support of the resolution, and strongly condemning the Islamic Republic regime, calling it an "abomination" to Muslims, a vassal to China, and comparable to Nazi Germany, calling the Islamic Republic’s Foreign Minister Mohammad Javad Zarif “a smiling Ribbentrop”. Joachim von Ribbentrop was the Foreign Minister of Nazi Germany who was fluent in English and would justify or deny the crimes of the Nazi regime.

“Iran claims to be an Islamic Republic, but as this resolution makes clear, it is also one the world’s most repressive regimes,” Sikorski began his speech.

“I have a question to the mullahs in Tehran. If you represent a God that is good, powerful, and merciful, then why do you need to repress, torture, and murder your people so much?” he asked. “No, your regime is a blasphemy and abomination to every decent Muslim, every person of faith, and every person of conscience.”

Referring to the regime of Iran’s mismanagement of the country and their recent attempt at a 25-year deal with China, Sikorski added: “You have brought your country to such desperate straits that you are now signing agreements with China, to give away your energy sector and to give away your critical infrastructure.”

In recent months the Islamic Republic officials have been touting the 25-year deal with China, which is supposed to bring hundreds of billions of Chinese investment into Iran’s infrastructure and industries, but China has not yet agreed to the deal and keeps silent on its details. “They (the Chinese) will not complain about your human rights abuses, but I’m not sure Allah will be pleased that you are becoming vassals to a godless communist regime,” Sikorski continued.

He advised the Islamic Republic: “If you want better relations and the easing of sanctions with us, stop this repression now! This is inhuman, what you are doing to your own people.”

Sikorski also urged his colleagues and European diplomats that “next time you meet with Mr Zarif, who is a smiling Ribbentrop, just remember what kind of nasty regime he represents.”

The European Union passed the resolution condemning Iran’s human rights violations by 614 votes to 12 with 63 abstentions. The resolution also cited the executions of wrestler Navid Afkari, a 27-year-old wrestler on September 12 and the conditions of the human rights advocate Nasrin Sotudeh in prison.

City officials in Iran's capital Tehran are planning to put locks on large waste containers in the streets to prevent garbage pickers from accessing waste. END_OF_DOCUMENT_TOKEN_TO_BE_REPLACED

The Biden Administration has confirmed to the US Congress that sanction imposed by its predecessor on Iran have drastically reduced Iran's trade with the world. END_OF_DOCUMENT_TOKEN_TO_BE_REPLACED

The UK government said on Sept 20 that Britain would "not rest" until all its dual nationals being held in Iran were returned home. END_OF_DOCUMENT_TOKEN_TO_BE_REPLACED