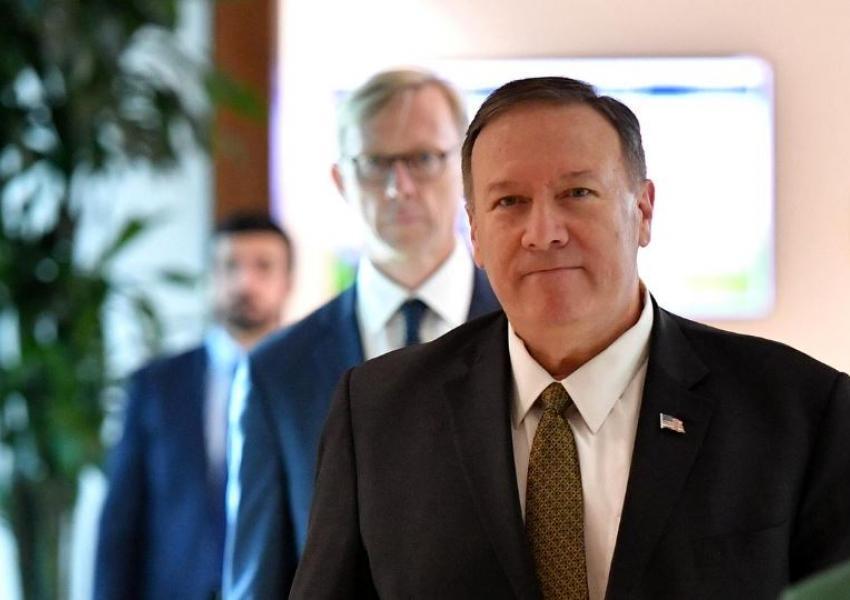 Pompeo: US Wants “Peaceful Resolution” to the Crisis in Middle East

In response to the foreign minister of the Islamic Republic of Iran who warned about “all-out war” in case of a military attack against Iran, Mike Pompeo said the United States would like a peaceful resolution to the crisis.

On his trip to United Arab Emirates, the US Secretary of State Mike Pompeo told the reporters: “We are here to build out a coalition aimed at achieving peace and a peaceful resolution. That’s my mission, that’s what President Trump certainly wants me to work to achieve and I hope that the Islamic Republic of Iran sees it that way,” Pompeo told reporters.”

He added: “We'd like a peaceful resolution. I think we've demonstrated that, I hope the Islamic Republic of Iran sees it the same way.”

Foreign Minister of the Islamic Republic, Mohammad Javad Zarif warned that in case of a military attack by the United States or Saudi Arabia against Iran, there will be an all-out war will and Saudi Arabia will have to fight until the last American soldier.”

Zarif also claimed that the Iran-backed Houthis militia of Yemen have increased their military capabilities and are sophisticated enough to perform such complicated operations.

He added: “I cannot be sure that they did this, because we only heard their statement.”

Zarif later tweeted: “On CNN I emphasized that here's no such thing as a "limited strike". Iran does NOT want war, but we will NOT hesitate to defend ourselves.”

On his Wednesday trip to Saudi Arabia, Pompeo called the attack on Saturday “an attempt to start the war” by Iran.

City officials in Iran's capital Tehran are planning to put locks on large waste containers in the streets to prevent garbage pickers from accessing waste. END_OF_DOCUMENT_TOKEN_TO_BE_REPLACED

The Biden Administration has confirmed to the US Congress that sanction imposed by its predecessor on Iran have drastically reduced Iran's trade with the world. END_OF_DOCUMENT_TOKEN_TO_BE_REPLACED

The UK government said on Sept 20 that Britain would "not rest" until all its dual nationals being held in Iran were returned home. END_OF_DOCUMENT_TOKEN_TO_BE_REPLACED