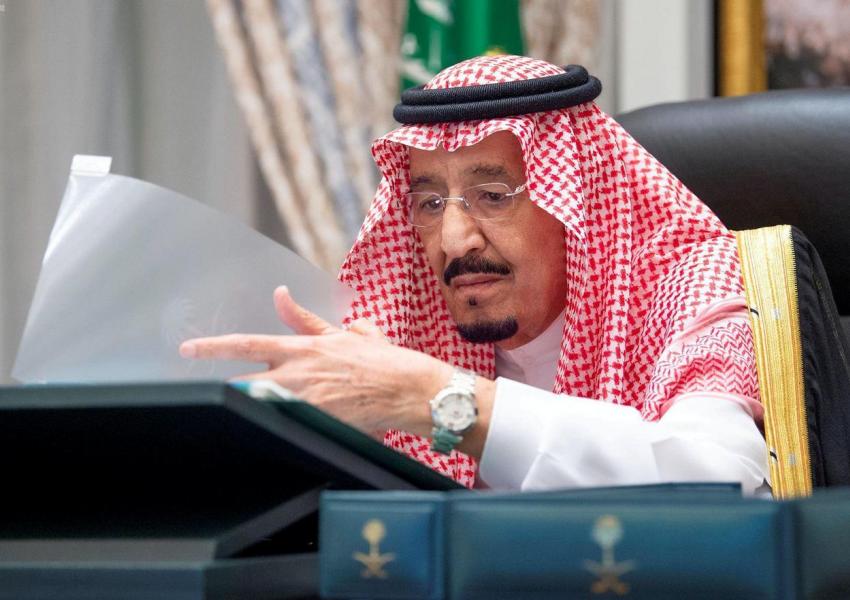 "Over the past decades, the kingdom's hands were extended openly and positively to Iran, searching for peace, but to no avail. The kingdom received several of Iran's presidents and other senior officials in line with the kingdom's efforts to seek ways to build relations based on good neighborliness and mutual respect," the king said.

His speech marks only the second time in more than six decades that a sitting monarch from the kingdom addresses the gathering. It's the first since his brother addressed the General Assembly in 1957. The 84-year-old monarch has generally relied on his foreign minister.

The Islamic Republic has had tense relations with its Arab Sunni neighbors from the onset of the revolutionary government in 1979 but relations have noticeably deteriorated with Riyadh and its Arab allies since civil war broke out in Syria and Iran rushed to militarily side with Bashar al-Assad in an attempt to expand its influence in the region. The war in Yemen came to further increase tensions between the two big powers in Mideast.

Last year, after the United States fully sanctioned Iran’s oil exports, Tehran lashed out threatening to retaliate against US regional allies. On September 14, 2019 several drones and missiles hit Saudi Aramco oil installations in what was seen as an Iranian launched operation, whether from Yemen or from inside Iran, despite denials by Tehran.

King Salman in his speech wasted no time to bring up the attack. “The Iranian regime conforming with its hostile attitude, targeted oil facilities in the kingdom last year in a blatant violation of international law and international peace and security. It demonstrated that this regime has total disregard for the stability of the global economy or the security of oil supplies in the international market," he said.

Tehran and Riyadh cut diplomatic ties after Saudi diplomatic missions were attacked by mobs and ransacked in January 2016.

The king did not mince his words in directly blaming Iran for policies that Riyadh and its allies say endanger peace in the region. "A comprehensive solution and a firm international position are needed to ensure fundamental solutions to the Iranian regime's attempt to possess weapons of mass destruction or develop a ballistic missile program and its interference in the internal affairs of other countries, as well as its sponsorship of terrorism."

Iran’s officials have often derided the Saudi ruling family in their remarks calling them enemies of Islam and illegitimate rulers.

King Salman also issued a warning directly aimed at Tehran. "We reiterate that the kingdom will not hesitate to defend its national security, nor will we abandon the fraternal people in Yemen until they regain their complete sovereignty and independence from Iranian hegemony."

Iran supports the Houthi’s in Yemen who overthrew the Saudi-backed government and have been fighting to control the country in the past five years.

King Salman who has drawn closer to the United States during the presidency of Donald Trump, highlighted the alliance by expressing open support for its policies in the region.

"We support to the efforts of the current U.S. administration to bring about peace in the Middle East by bringing both the Palestinians and the Israelis together at the negotiating table to reach a fair and comprehensive agreement,” the King maintained.

City officials in Iran's capital Tehran are planning to put locks on large waste containers in the streets to prevent garbage pickers from accessing waste. END_OF_DOCUMENT_TOKEN_TO_BE_REPLACED

The Biden Administration has confirmed to the US Congress that sanction imposed by its predecessor on Iran have drastically reduced Iran's trade with the world. END_OF_DOCUMENT_TOKEN_TO_BE_REPLACED

The UK government said on Sept 20 that Britain would "not rest" until all its dual nationals being held in Iran were returned home. END_OF_DOCUMENT_TOKEN_TO_BE_REPLACED