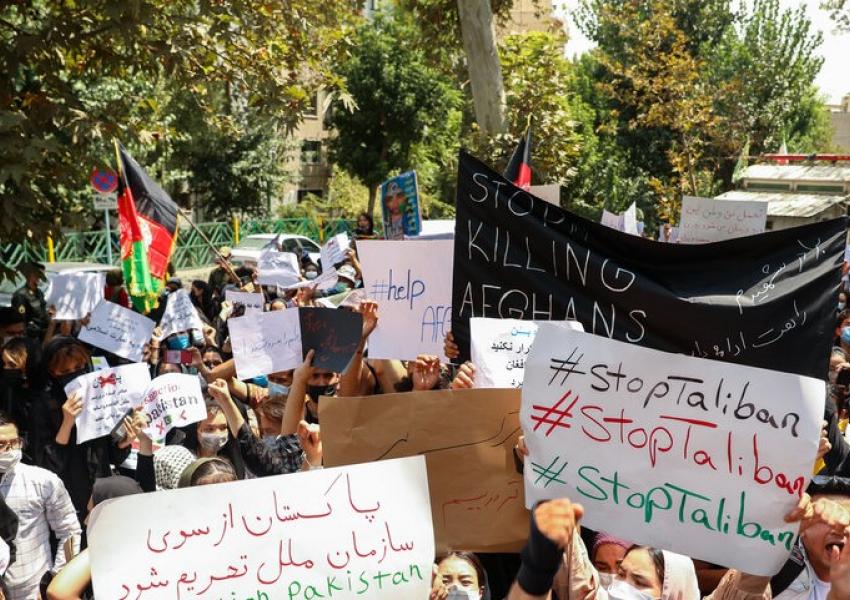 Tehran Prepares For Refugee Influx As Afghans In Iran Protest

Iran Sunday set up camps along its eastern border as the Kabul government collapsed, and hundreds of Afghans living in Iran held a protest rally in front of the United Nations mission in Tehran Sunday against the Taliban. Protesters condemned the return of the Taliban to power and demanded that the UN imposed sanctions on Pakistan for its relationship with the Sunni militant group.

"The Islamic State of the Taliban is the same thing as the Islamic State in Iraq and Syria," one poster held by a protester seen in photos published by the Iranian Students News Agency (ISNA) read. Photos show protesters also holding posters reading "We Don't Want an Islamic State" and "Sanction Pakistan." Another protest by Afghans was reported on Monday in the religious city of Qom.

Many Afghans who live in Iran − both registered refugees and economic migrants − fear for relatives and friends, particularly women, under Taliban rule. Over 1,200 Iranian and Afghan activists in a letter Saturday petitioned the United Nations, the Afghan government, and national and international actors to "undertake responsible measures" for peace in Afghanistan and to protect the interests and rights of its people, particularly women. 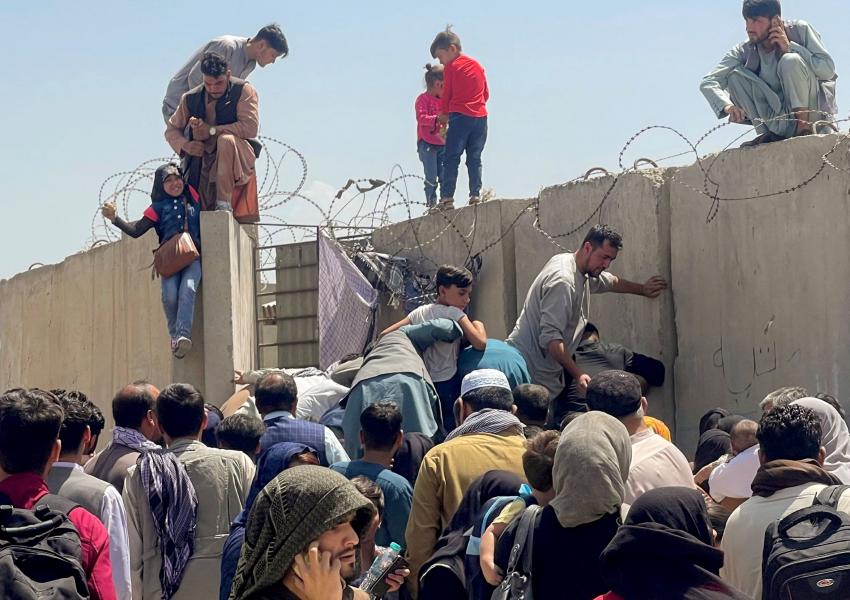 Iran said Sunday that the camps it was establishing in three provinces bordering Afghanistan were for temporary refuge. An official of the Iranian interior ministry, Hossein Qasemi, said Sunday that Iran expected refugees to go back to Afghanistan when the situation improved. A new influx will add to the stresses facing an Iranian healthcare system overwhelmed with the Covid-19 pandemic and an economy under United States sanctions.

Taliban spokesman Suhail Shaheen told the BBC Monday morning that group was working to form a new government and had ordered its fighters to leave Afghan civilians alone, but many Afghans fear violent practices such as public executions and stonings. The Taliban has ruled out a transitional government, as the government and President Ashraf Ghani had suggested. 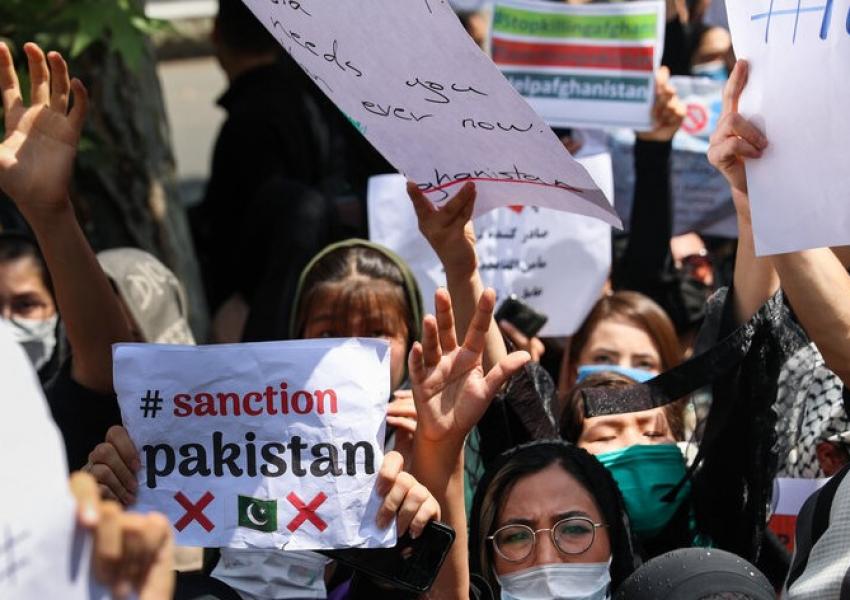 Ghani left Kabul Sunday as the Taliban took control of the capital, sending thousands of Afghans including women and children rushing to the city's airport in panic. Videos sent to Iran International TV showed people desperately trying to board planes. While the collapse of the Afghan army and the government began with United States President Donald Trump’s deal with the Taliban in 2020, it has accelerated with President Joe Biden’s implementation of Trump’s planned troop withdrawal.

Iran already hosts millions of Afghan refugees and economic migrants, many of whom were born in Iran. The international monitoring group Acaps says there are 780,000 official Afghan refugees in Iran as well as over 2 million unregistered Afghans. According to Iran's 2016 census, Afghans live mostly in Tehran and the north-eastern province of Khorasan Razavi. Most Afghan refugees in Iran are Shiite Hazaras, reflecting the Taliban’s anti-Shiism.

Some supporters of Iran’s hardline government have sympathies with the Taliban due to shared anti-US ideology. They have argued that Tehran must take a pragmatic approach to a group that they say has moderated its vehement anti-Shiism. "Taliban rule in Afghanistan meets Iran's national interests better [than the current government] because [it will guarantee] Iran's share from the waters of Helmand, curb drug trafficking and insecurity in Iran's eastern borders, make circumvention of [US] sanctions easier and provided hardworking and cheap workforce for Iran's development,"  Abdolreza Davari, once a media advisor to former president Mahmoud Ahmadinejad, tweeted July 9. Afghan refugees and economic migrants have worked in Iran's agricultural sector and industry for over three decades.

Iran's president Ebrahim Raisi addressed the UN General Assembly saying his country wants a resumption of nuclear talks with world powers to lead to the removal of US sanctions. END_OF_DOCUMENT_TOKEN_TO_BE_REPLACED

President Joe Biden told the UN General Assembly on September 21 that he will prevent Iran from getting nuclear weapons. END_OF_DOCUMENT_TOKEN_TO_BE_REPLACED

India has seized nearly three tons or $2.72 billion worth of Afghan heorin shipped from Iran. END_OF_DOCUMENT_TOKEN_TO_BE_REPLACED

Iran's foreign ministry spokesman has said that nuclear talks with world powers will start in a few weeks but has not given a firm date. END_OF_DOCUMENT_TOKEN_TO_BE_REPLACED

Debate continues in Iran over the country's nuclear negotiating strategy, with some praising a tougher approach and others cautioning against dogmatism.
8 hours 19 min ago

There will be no meeting of the Iran nuclear deal participants on the sidelines of the UN General Assembly this week, the EU and Iran have announced.
13 hours 40 min ago