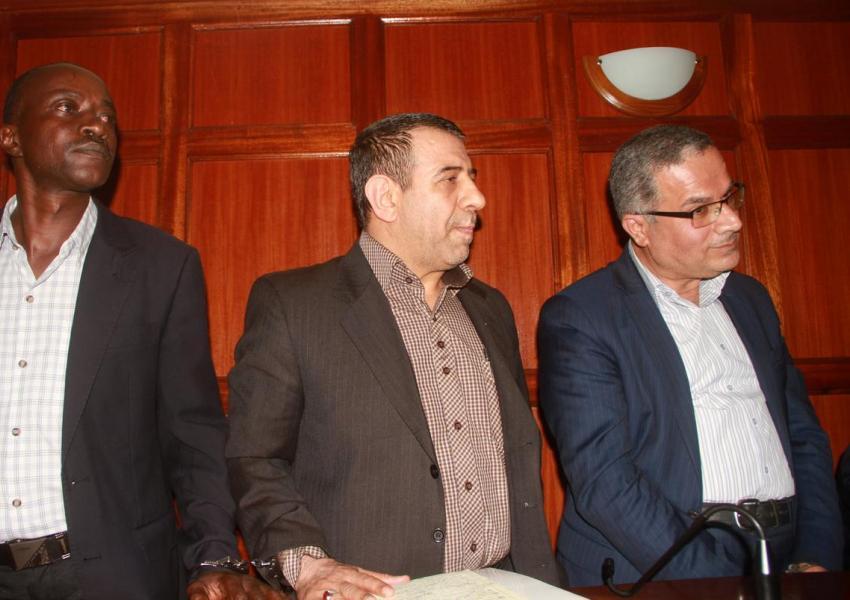 The story of the Iranian Ambassador to Kenya attempting to smuggle the two Iranian prisoners out Kenya is in the headlines of the Kenyan media. The two are suspected to be IRGC members who were sent for a terror attack in Kenya.

Ambassador Hadi Farajvand has been accused of trying to bribe the authorities to smuggle Mansour Mousavi and Ahmad Abolfathi Mohammad, who were sentenced to 15 years in prison, out of the country.

The Iranian ambassador had bought three plane tickets for himself and the two suspected IRGC members who are said to have been sent to Kenya in 2012 for a terror attack, but the people who had promised him to release the prisoners were con artists and got arrested by the police.

Some in Kenya believe that the ambassador’s efforts are in violation of his diplomatic mission and he deserves to be expelled.

The two supposedly planned attacks on Israeli targets in Kenya. They were first sentenced to life in prison which was later reduced to 15 years. Their most recent appeal request was denied today in court.

In 2015, another two Iranians were arrested and deported from Kenya after they took photos of Israeli embassy while riding in the Islamic Republic embassy vehicle.

The actions of the Iranian ambassador will most likely muddy the relations between the two countries and bring Kenya closer to Israel.

City officials in Iran's capital Tehran are planning to put locks on large waste containers in the streets to prevent garbage pickers from accessing waste. END_OF_DOCUMENT_TOKEN_TO_BE_REPLACED

The Biden Administration has confirmed to the US Congress that sanction imposed by its predecessor on Iran have drastically reduced Iran's trade with the world. END_OF_DOCUMENT_TOKEN_TO_BE_REPLACED

The UK government said on Sept 20 that Britain would "not rest" until all its dual nationals being held in Iran were returned home. END_OF_DOCUMENT_TOKEN_TO_BE_REPLACED