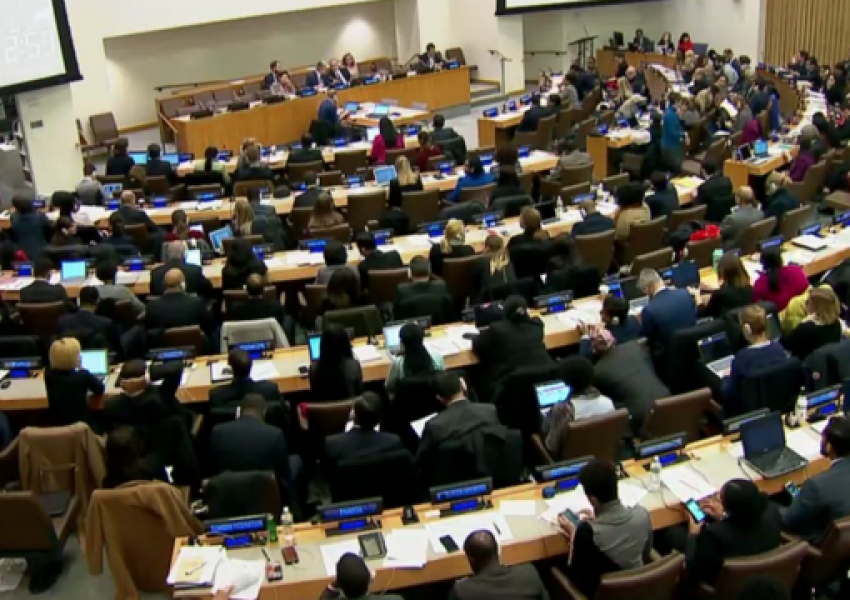 Drafter by Canada, the resolution was passed with 84 votes for and 30 against, with 60 countries abstaining.

Iraq, Pakistan, Armenia, and Turkmenistan, all neighbors of Iran, voted against the resolution.

On the other side, Saudi Arabia, Bahrain, and UAE condemned the Human Rights violations in Iran along with Western and European countries.

Israel was among the countries that voted for the resolution. The Israeli ambassador to the UN said: “This resolution only mentions part of the truth about the Human Rights violations in Iran. There are other concerning cases that have not been mentioned.”

The Israeli ambassador mentioned the violations of the rights of refugees and the LGBT in Iran.

He claimed that the Islamic Republic’s constant attempts to improve Human Rights faces attacks from the supporters of the resolution.

City officials in Iran's capital Tehran are planning to put locks on large waste containers in the streets to prevent garbage pickers from accessing waste. END_OF_DOCUMENT_TOKEN_TO_BE_REPLACED

The Biden Administration has confirmed to the US Congress that sanction imposed by its predecessor on Iran have drastically reduced Iran's trade with the world. END_OF_DOCUMENT_TOKEN_TO_BE_REPLACED

The UK government said on Sept 20 that Britain would "not rest" until all its dual nationals being held in Iran were returned home. END_OF_DOCUMENT_TOKEN_TO_BE_REPLACED