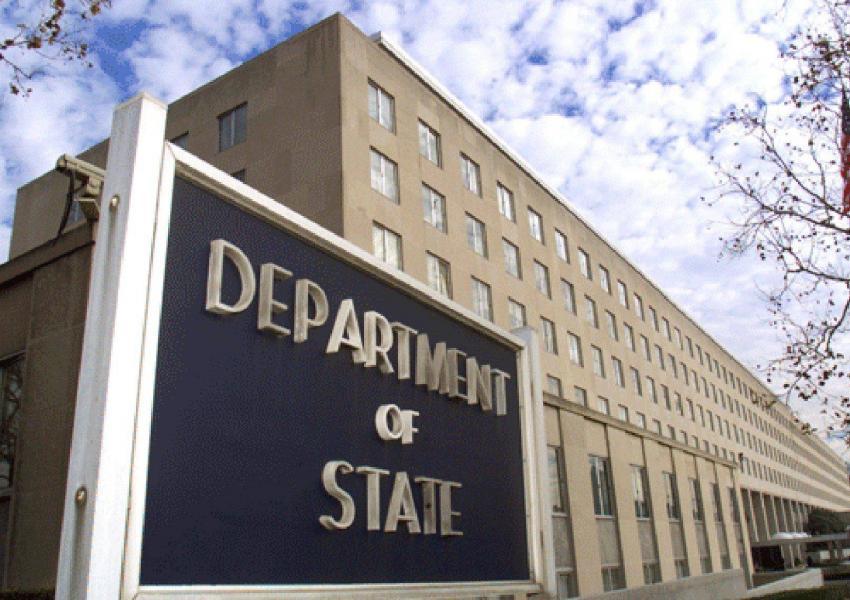 The US government released a comprehensive report titled “Outlaw Regime: A Chronicle of Iran’s Destructive Activities, 2020”, in which it accuses the Islamic Republic of supporting terrorism, missile program, illegal financial activities, threatening shipping and cybersecurity, massive violations of human rights, and degradation of the environment.

The report reviews the activities of the Islamic Republic since September 2018 and calls the Islamic Revolution Guard Corps (IRGC) the most powerful conglomerate in Iran, which “spreads and consolidates its control over much of Iranian life.”

The first part of the report which is dedicated to the “destabilizing role” of the Islamic Republic in the middle east, reviews the activities of the regime of Iran and its proxies in the region, including the attack on Saudi Arabia's oil facilities in the summer of 2019 and attaching mines to six commercial tankers in the Persian Gulf region in the spring of 2019.

Another part of the report discusses the Islamic Republic’s ballistic missile program and says Iran has the largest and most diverse ballistic missile force in the Middle East and is continuing to explore multiple pathways that would allow it to expand its longer-range missile capabilities and achieve greater precision. The report states that Iran has continued to defy the provisions of UNSCR 2231, and its pace of missile launches and tests has not diminished since this resolution went into force in 2016.

One chapter of the report explores the “long history of the Islamic Republic’s support for terrorism, primarily driven by the IRGC,” and states that these activities cover five out of seven continents. According to the report, in cases where Iran’s Ministry of Intelligence and the Qods (Quds) Force of the IRGC cannot directly perform a terrorist attack, they do so using their proxy forces including Hezbollah of Lebanon, Hamas and Islamic Jihad of Palestine, Al-Ashtar Brigades in Bahrain and Shia militias in Iraq including Kata’ib Hezbollah and Asa’ib Ahl al-Haq to conduct the attacks.

The report also details Islamic Republic’s illicit financing activities, which it says are vital to the Iranian regime’s destabilizing campaigns but undermine the integrity and security of the global financial system.

Another chapter outlines “systemic deployment of human rights abuses by the Islamic Republic to suppress peaceful civil society activism and the demands of the Iranian people for democratic reforms.” The report states that the Islamic Republic does not tolerate dissent of any kind and persecutes civil society activists, including labor rights leaders, and members of ethnic and religious minority groups.

It goes on to discuss the Islamic Republic’s increasing cyberattacks against international and American targets including financial companies, universities, and critical energy infrastructure.

The report concludes with the degradation of the environment in the hands of the Islamic Republic, stating that Iran is inching ever closer to an environmental crisis. The regime’s failure to respond to worsening environmental conditions has led to a significant depletion of Iran’s water resources and severe air pollution.

US Secretary of State Mike Pompeo shared the report on Twitter on Saturday, with the caption: “Why is the Islamic Republic of Iran so dangerous? It is an outlaw regime that will do whatever it takes to maintain its grip on power and spread its violent, revolutionary ideology.”

City officials in Iran's capital Tehran are planning to put locks on large waste containers in the streets to prevent garbage pickers from accessing waste. END_OF_DOCUMENT_TOKEN_TO_BE_REPLACED

The Biden Administration has confirmed to the US Congress that sanction imposed by its predecessor on Iran have drastically reduced Iran's trade with the world. END_OF_DOCUMENT_TOKEN_TO_BE_REPLACED

The UK government said on Sept 20 that Britain would "not rest" until all its dual nationals being held in Iran were returned home. END_OF_DOCUMENT_TOKEN_TO_BE_REPLACED