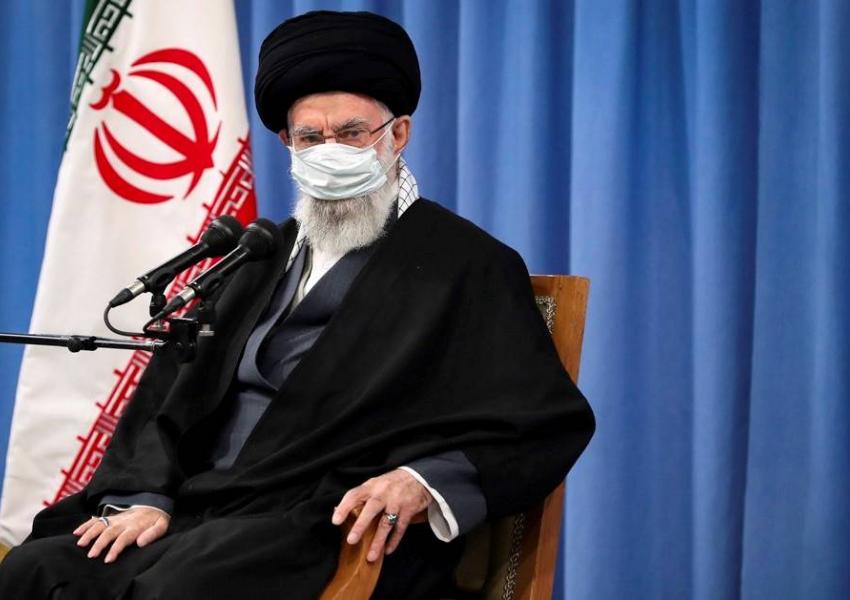 US Reacts Calmly To Khamenei’s Threat Of Higher Uranium Enrichment

Iran's Supreme Leader Ali Khamenei has reacted to warnings by the EU and the United States about the need for Tehran returning to its obligations under the 2015 nuclear agreement by insisting that not only Iran will continue enriching Uranium at 20 percent level, but it may boost enrichment to 60 percent if needed.

The US State Department spokesman Ned Price later reacted calmly to the defiant statement saying that Khamenei’s remark sounded like a threat and posturing, and Washington does not respond to hypotheticals. According to Reuters, an unnamed US official also played down the threat saying that Iran has not done so yet and Washington is waiting to see if Tehran will return to talks.

Khamenei said during a meeting with the members of the Assembly of Experts, a body that decides on his succession, that Iran will forcefully go ahead and will not withdraw from its position on enrichment or other issues.

"We are determined to attain the nuclear capabilities required for the country's needs, so we might even go as far as enriching uranium up to the 60 percent level," he said.

Meanwhile, Khamenei dismissed EU's warnings about Iran's decision to withdraw from its obligations under the JCPOA as "arrogant" and excessive demand.

Monday morning, Iran’s parliament rejected the agreement reached on Sunday in Tehran with Rafael Mariano Grossi, head of the International Atomic Energy Agency (IAEA), over Iran’s co-operation with agency inspectors after it reduces their access on February 23.

Khamenei sent a clear message to tone down disputes within the regime, saying, "I have heard that there is a disagreement between the parliament and the administration's understanding of the agreement, but they need to settle their differences."

The Iranian leader warned that the two sides should not rest their cases and should strive to resolve the matter without intensifying the dispute or abandoning it inconclusively. Meanwhile, he said that the legislation made by the Majles to reduce Iran's obligation in case the US does not lift the sanctions on Iran was "a good legislation."

Khamenei made the remarks while the United States says it wishes to strengthen and extend the JCPOA to harness Iran's nuclear program, accepting the invitation by EU's Foreign Policy Chief Josep Borrell to take part in the next JCPOA member states' meetings.

However, the Iranian Foreign Ministry has said that the United States cannot take part in the meeting as it is not a JCPOA member after former President Donald Trump pulled out of the nuclear agreement in 2018.

In one of the latest developments, the Rouhani administration issued a statement in which it thanked Khamenei for his advice and said that it will implement the legislation that calls for stopping Iran's voluntary implementation of the additional protocol. It also insisted that the deal with Grossi was based on the Iranian constitution and the approval of the Supreme Council of National Security. It also warned that if the Majles is against such a prudent decision, it should be accountable for the consequences. However, the statement did not say what those consequences would be.

City officials in Iran's capital Tehran are planning to put locks on large waste containers in the streets to prevent garbage pickers from accessing waste. END_OF_DOCUMENT_TOKEN_TO_BE_REPLACED

The Biden Administration has confirmed to the US Congress that sanction imposed by its predecessor on Iran have drastically reduced Iran's trade with the world. END_OF_DOCUMENT_TOKEN_TO_BE_REPLACED

The UK government said on Sept 20 that Britain would "not rest" until all its dual nationals being held in Iran were returned home. END_OF_DOCUMENT_TOKEN_TO_BE_REPLACED