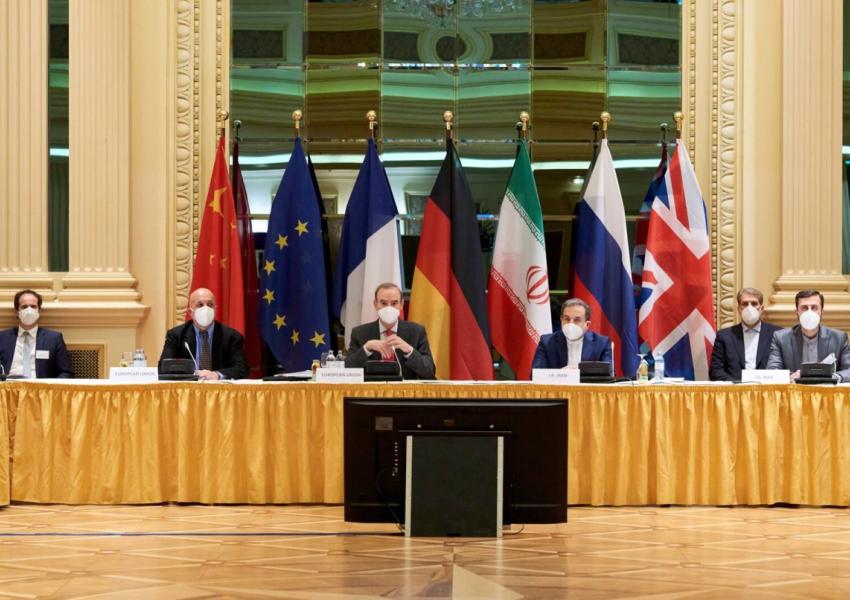 The seven candidates allowed to run in Iran's June 18 presidential election have so far avoided comments on the Vienna nuclear talks with world powers on reviving Iran’s 2015 nuclear deal, the JCPOA, Joint Comprehensive Plan of Action, although they are speaking about US sanctions, their effect on Iran’s economy, and their plans to neutralize them.

The United States administration of President Joe Biden, who has pledged to rejoin the JCPOA, has said it does not tie the talks to the Iranian presidential election and will deal with whoever wins. President Hassan Rouhani likewise has stressed that Iran’s approach is agreed collectively, essentially at the Supreme National Security Council (SNSC).

Candidates appear reluctant to comment not just on the nuclear talks but on foreign policy in general.  In a speech to lawmakers on Thursday [May 27], Supreme Leader Ali Khamenei told candidates to concentrate on the economy and the challenges facing the less well-off rather than on foreign policy or on access to social media. However, Iran’s current economic crisis is directly connected to the nuclear issue and its foreign policy that have led to sanctions. While candidates all call for sanctions to be lifted, no one discusses how that can be done.

While principlist media continuously attacked Rouhani and his government before the names of the seven approved candidates were announced by the election watchdog Guardian Council, in recent days even criticisms from the hardline Kayhan newspaper have somehow subsided.

Formal talks between Iran and the Joint Commission of the Joint Comprehensive Plan of Action (JCPOA) – involving remaining signatories China, France, Germany, Iran, Russia, and the United Kingdom – started in Vienna on April 6 with European powers acting as conduit between Washington and Tehran. Donald Trump withdrew from the JCPOA in 2018 and introduced draconian sanctions that sent the Iranian economy into nearly three years of stagnation, prompting Tehran to begin steps in 2019 expanding the nuclear program, including the enrichment of uranium to a level higher than JCPOA limits.

It is unclear if the Vienna talks will conclude with agreement before Iran's presidential election on June 18, or will continue with a new president taking office in August. Diplomats in Vienna have expressed optimism, and President Hassan Rouhani said on May 20 that an agreement in principle had been reached.

On Monday, however, Foreign Ministry Spokesman Saeed Khatibzadeh in his weekly briefing said that talks were pursued with "necessary focus and attention to detail" but reiterated that Iran was not "in a hurry to reach an agreement.” However, he said that talks were not at an impasse and progressing well.

Iran's top nuclear negotiator, Abbas Araghchi said later that he doubts the talks would be the final round, and the delegations might need to return to their capitals for consultations.

"The negotiations are very complex, and we have now reached the main issues of dispute," Araqchi, told state TV from Vienna.

After withdrawing from the JCPOA, Trump introduced a range of sanction, some linked to human rights or ‘terrorism’ but often with a stated aim of complicating efforts by a successor US administration to return to the 2015 nuclear deal.

City officials in Iran's capital Tehran are planning to put locks on large waste containers in the streets to prevent garbage pickers from accessing waste. END_OF_DOCUMENT_TOKEN_TO_BE_REPLACED

The Biden Administration has confirmed to the US Congress that sanction imposed by its predecessor on Iran have drastically reduced Iran's trade with the world. END_OF_DOCUMENT_TOKEN_TO_BE_REPLACED

The UK government said on Sept 20 that Britain would "not rest" until all its dual nationals being held in Iran were returned home. END_OF_DOCUMENT_TOKEN_TO_BE_REPLACED