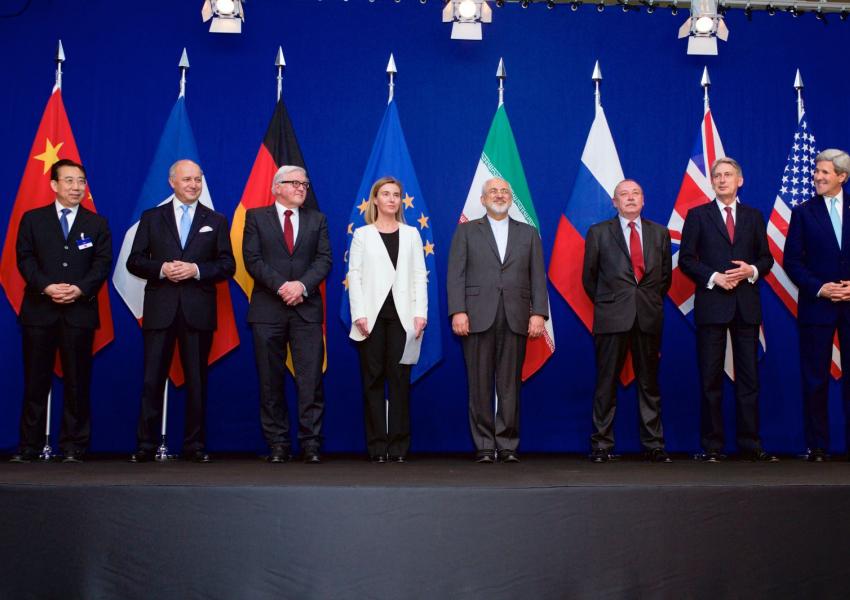 What Is Iran's Nuclear Issue And The JCPOA - FAQs

Good question. No simple answer. The technology required for civil nuclear power is largely the same as required for a bomb – both require enriching uranium. The IAEA reported in 2011 that Iran had carried out weapons-related research before largely ended it in 2003, although Iran insisted the documents used by the agency were faked.

The International Atomic Energy Agency (IAEA) is a United Nations body that inspects the nuclear programs of signatories to the Nuclear Non-Proliferation Treaty (NPT), including Iran. The agency publishes regular reports. All signatories to the NPT – other than those who already hold nuclear arsenals, the United States, Russia, China, France and the UK – are required to confine atomic activities to civil use: the IAEA monitors compliance.

India, Pakistan, North Korea and Israel all have nuclear weapons outside the NPT. They aren’t inspected by the IAEA.

The Additional Protocol is an agreement reached by NPT signatories with the IAEA that extends agency inspectors’ access to nuclear facilities and requires the country concerned to supply greater information. Iran signed an AP in 2003, but its parliament has never ratified the agreement and Iran suspended its operation after 2006. Iran again applied the AP as part of its 2015 nuclear deal with world powers, known as the JCPOA (Joint Comprehensive Plan of Action). The JCPOA gave the IAEA specific responsibility for monitoring the deal, which together with the AP gave inspectors what the White House called “extraordinary and robust” access.

What did the JCPOA involve?

The JCPOA, reached by Iran with six world powers (the United States, Russia, China, the UK, France and Germany) in July 2015 after 20 months of talks, eased international sanctions against Iran in return for Tehran accepting restrictions on its nuclear program. These included limiting uranium enrichment to 3.67 percent; keeping its stockpile of enriched uranium below 202.8kg (from over 7,000kg); operating fewer than 6,000 centrifuges, the devices used for enrichment; and not using advanced centrifuges. Iran also agreed to adaptations to its Arak heavy-water research reactor, thereby curbing a potential route to a nuclear weapon based on plutonium.

Why was there so much talk of ‘break out’?

‘Break out’ is the time it would take for Iran to make a nuclear bomb after leaving - ‘breaking out’ from – limits on the nuclear program. This is basically a matter of how long it would take to make enough uranium enriched to around 90 percent, known as ‘weapons grade’ (anything above 20 percent is considered HEU, or highly enriched uranium): this is a function of the size of the enriched-uranium stockpile, its percentage level of enrichment, and the number and kind of centrifuges used. Once uranium is enriched to 20 percent, the distance to weapons-grade is far shorter than the bare numbers suggest.

Typically, nuclear reactors use uranium enriched by 3.5 - 4.5 percent. Uranium enriched to 20 percent is used for medical isotopes (used in X-rays and cancer treatment) and in some food processing.  The IAEA recognizes that even ‘weapons grade’ uranium can have peaceful uses, including naval propulsion and research: at the time of a 2015 report by the Institute for Science and International Security (ISIS), total global HEU, including military stockpiles, was 1,340 tons.

Experts said the JCPOA by limiting crucial aspects of Iran’s nuclear program would extend its ‘break out’ time to a year.

Is the JCPOA still in place?

The deal is still alive but in intensive care. United States president Donald Trump withdrew the US from the JCPOA in May 2018 and introduced draconian sanctions, focused on Iran’s oil sector and financial institutions, that sent the Iranian economy into stagflation. Frustrated at other JCPOA signatories, particularly European powers, not counter-balancing new US sanctions, Iran by 2019 began a series of gradual steps expanding its nuclear program beyond JCPOA limits: enriching uranium to 4.5 percent, again using some more advanced centrifuges, and expanding its uranium stockpile above the JCPOA limit.

These steps have reduced the ‘break out’ time, although experts differ over how much.

What are Iran’s options now?

President Hassan Rouhani has argued that the election of Joe Biden as US president gives the opportunity to revive the JCPOA, with a relatively simple process in which Iran returns its nuclear program to the deal’s limits and sanctions are lifted as required under the JCPOA.

But there are potential complications. Hardliners in Iran, many of whom opposed the JCPOA from the outset, say the US cannot be trusted and want the nuclear program expanded. Meanwhile some in the US, plus Israel and Saudi Arabia, want the JCPOA, if it is revived, to also restrict Iran’s missile program and end its support for regional allies. New conditions from either side complicate matters.

How is the missile program linked to the nuclear program?

It is, and it isn’t. Any nuclear weapon requires a means of delivery, and while a small device can be fired by artillery, placed near a target or dropped from the air, missiles would be far more effective and have greater range. Iran lacks an effective air-force (while some of its neighbors have advanced US jets), and so argues it needs its missile program for deterrence.

The JCPOA separated the nuclear program from other issues, which proponents justified by the importance of nuclear non-proliferation. The JCPOA could, they argued, be a step towards reducing tension and reaching agreement on other issues. Critics of the JCPOA, however, say it helped Iran gain the resources to finance its missile program and regional alliances.

What are the JCPOA ‘sunset clauses’?

While the JCPOA committed Iran to maintain the AP as long as it remained with the NPT, the specific restrictions on Iran’s nuclear activities were set to last eight, ten, or 15 years from the deal’s agreement in 2015. This allowed JCPOA supporters to argue either that Iran might prove its peaceful intent and then be treated like any other NPT signatory, or that the deal could be later extended.

Critics of the JCPOA argued that by expanding its program once the deal expired Iran would then reduce its ‘break out’ time, and that Iran could not be trusted not to resume work on weaponization.

City officials in Iran's capital Tehran are planning to put locks on large waste containers in the streets to prevent garbage pickers from accessing waste. END_OF_DOCUMENT_TOKEN_TO_BE_REPLACED

The Biden Administration has confirmed to the US Congress that sanction imposed by its predecessor on Iran have drastically reduced Iran's trade with the world. END_OF_DOCUMENT_TOKEN_TO_BE_REPLACED

The UK government said on Sept 20 that Britain would "not rest" until all its dual nationals being held in Iran were returned home. END_OF_DOCUMENT_TOKEN_TO_BE_REPLACED