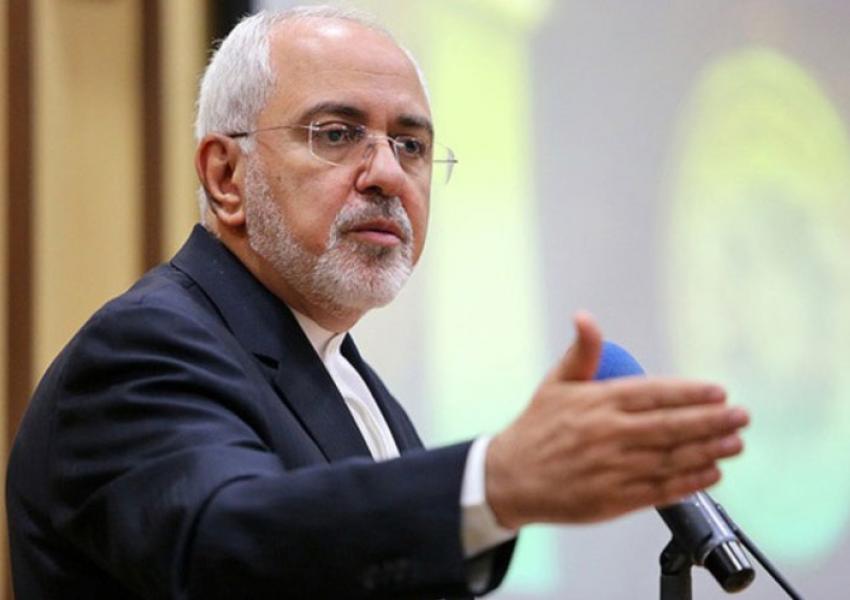 The “bad cop” approach of France would not work in reviving Iran’s 2015 nuclear agreement, Iranian Foreign Minister Mohammad Javad Zarif said in an interview with state-run television on Sunday. “We will not hold negotiations for Saudi [Arabia] to join or not,” Zarif said.

In late January French President Emmanuel Macron gave an off-camera interview to Arab Gulf television journalists in which he reportedly called for Saudi Arabia, which has opposed the JCPOA, to be involved in “very strict” new talks over the agreement. France has a history of asserting itself independently in the Middle East, including in the run-up to the JCPOA, and in its arms deals with Gulf Arab states. Macon also recently offered to be an “honest broker” between the US and Iran.

But both Iran and France in December agreed a statement from signatories of the deal – known as the JCPOA, the Joint Comprehensive Plan of Action – that the United States and Iran should accept commitments under the agreement, which US President Donald Trump abandoned in 2018 before imposing draconian sanctions prompting Iran to expand its nuclear program beyond JCPOA limits.

No Newcomers In Nuclear Agreement

Zarif’s dismissal of Macron’s JCPOA remarks restated Tehran’s willingness to return to JCPOA nuclear limits if the US lifts sanctions as required by the deal. He also reiterated opposition to participation by any parties other than the 2015 signatories – Iran, the United States, Russia, China, Germany, France and UK – and that the deal did not need renegotiation.

Zarif highlighted a law passed by the Iranian parliament in December, which requires later this month curbing snap inspections by United Nations nuclear inspectors within the framework of the Additional Protocol of the Non-Proliferation Treaty (NPT), being implemented voluntarily by Iran. Zarif pointed out this step would be reversible.

In an interview with CBS on Sunday, President Joe Biden suggested that the US would lift sanctions only if Iran first stopped uranium enrichment, but it was not clear whether he meant altogether or enrichment in excess of levels and volume allowed by the deal. International acceptance of Iranian enrichment was crucial to Tehran agreeing to the deal.

Zarif said that monitoring American compliance – a reference to remarks by Supreme Leader Ali Khamenei stressing Iran needed proof the US would honor its commitments – could be straightforward. “Verification is easy,” he said. “We should be able to sell our oil and bring the money to the country. We should be able to decide how much oil to sell. Americans can’t tell us how much oil to sell or impose conditions. There shouldn’t be any limitations on us in selling oil and being reimbursed for it.”

In his interview with CNN on February 2, Zarif proposed that the US and Iran revive the deal simultaneously, with simultaneous lifting of the sanctions and scaling back of Iran’s atomic program.  He suggested that European Union foreign policy chief Josep Borrell could coordinate a step-by-step process.

Zarif has repeatedly urgency, referring to a “limited window of opportunity.” In an interview with NBC on January 31, US Secretary of State Antony Blinken said Iran would within months have enough fissile material for a nuclear weapon, which could be reduced to weeks if the program accelerated. The JCPOA established a ‘break out’ period experts put at around a year.

Zarif also referred to the possibility of further talks among participating members of the JCPOA, which he said could include discussions on how a renewed US commitment to the agreement might be enhanced.

“If there are talks to be held, they will be on these topics, not anything outside [the framework] of the [existing] JCPOA,” Zarif said. He added that such talks should cover compensation for the losses that Iran has incurred due to draconian US sanctions after Trump abandoned the deal in 2018.

“One of the issues is determining the losses that Iran has incurred and [avoiding] the repetition of such experiences. I don't think these will happen in the near future,” he said, stressing that the immediate step required was US compliance with the JCPOA.

City officials in Iran's capital Tehran are planning to put locks on large waste containers in the streets to prevent garbage pickers from accessing waste. END_OF_DOCUMENT_TOKEN_TO_BE_REPLACED

The Biden Administration has confirmed to the US Congress that sanction imposed by its predecessor on Iran have drastically reduced Iran's trade with the world. END_OF_DOCUMENT_TOKEN_TO_BE_REPLACED

The UK government said on Sept 20 that Britain would "not rest" until all its dual nationals being held in Iran were returned home. END_OF_DOCUMENT_TOKEN_TO_BE_REPLACED