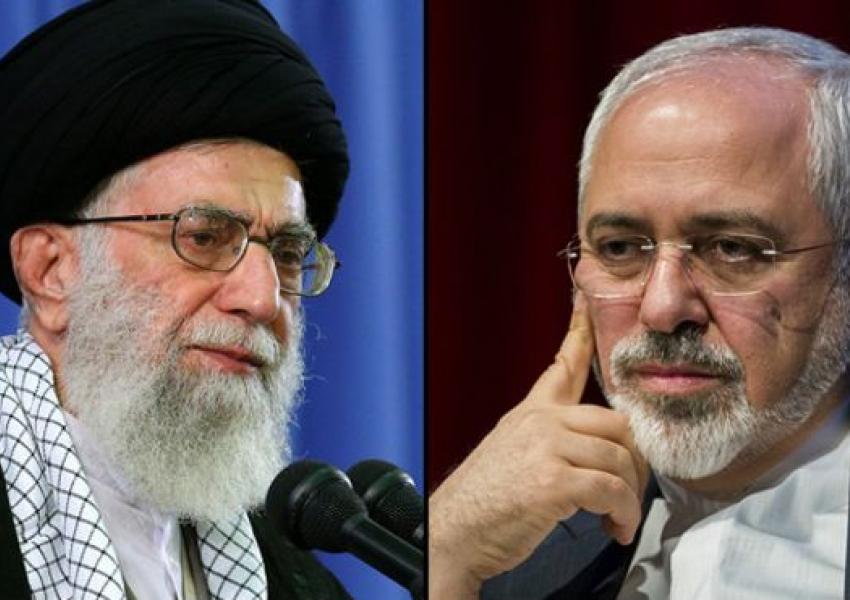 Zarif Suggests 'Comprehensive Negotiations' With US

Iran's Foreign Minister Mohammad Javad Zarif has suggested that "comprehensive negotiations" with the United States will define the relations between Tehran and Washington more clearly.

Stressing that this is his personal view rather than Iran’s official position, Zarif said in the January 23 interview with reformist daily Etemad: "We should tell the United States: We will not cooperate with you about Israel and will continue to disagree with you on this matter, …but we can cooperate with you on oil and the security of the Persian Gulf region."

This is the first time an Iranian official suggests that matters other than the nuclear program may be included in negotiations between Iran and the United States. Hours before Joe Biden’s inauguration, Zarif had told reporters in Tehran that missiles and regional issues were not on the agenda of any talks.

"We need to agree on the general terms of [the negotiations], and then we can talk about the subjects we choose to discuss, not on all matters," he explained. But excluding the issue of Islamic Republic’s confrontation with Israel could mean that Tehran wants to continue its policy of supporting militant groups in the region.

Does Khamenei agree with the suggestion?

Asked whether the totality of the Iranian political system (not only the Rouhani administration) would agree with that, Zarif apparently contradicts his earlier suggestion that he is presenting his own personal views and says: "The Supreme Leader has said this is a test. If it proves successful, then we might approach other matters in the same way."

Supreme Leader Khamenei has rejected any rapproachment with Washington, dismissing offers of talks without pre-conditions from the Trump administration.

Zarif, who is floated as a possible candidate in June’s presidential election, has given several interviews to local media in recent days. It is not clear whether this sudden active media policy is for local political reasons or an attempt to send signals to the new US administration.

During the interview, the video recording of which has also been published by Etemad, Zarif effectively stirred away from many sensitive questions including one about the reasons for Iran's isolation and about why he said Iranians chose to live with so many problems that are caused by its leaders' policies.

Zarif denied that Iran follows its regional ambitions via its proxies but alleged that regional players and the United States have been spending billions of dollars hiring "mercenaries such as Al-Qaeda, ISIS, and the Al-Nusrah Front." He explained that what Iran does in this area is supporting local "resistance" and "this has lent power to Iran, but we have never tried to expand our territory."

Asked if Iran gives money to its allies, Zarif said: "You always spend money on your foreign policy. We are one of many countries that help other countries to develop. For instance we built parliaments for Comoros or Djibouti as well as building hospitals in many other countries. The United States, China and even Turkey spend a lot of money in foreign countries."

"We never buy mercenaries. That is what makes us different from others," Zarif claimed, adding, "War is more costly than diplomacy and we spend a lot of money on diplomacy."

Iran has spent billions of dollars over the years supporting the Lebanese Hezbollah and it spent up to $30 billion to keep Bashar al-Assad in power in Syria.

Zarif denied that he has invested too much effort and energy in Iran’s current policies and has ignored some other issues including improving Iran's ties with regional players.

Asked why he missed so many opportunities for rapprochement with Saudi Arabia, Zarif said: "I agree with you that I have missed one or two opportunities. Once they invited me to go there but they were not prepared to hold the meeting at the appropriate level. I did not mind to go, but the country did not deem it right. Now, I think perhaps the Saudis were not really interested in ending the tensions." This statement shows that higher authorities blocked Zarif’s trip.

Asked to what extent he was in control of Iran's foreign policy during his eight years as Foreign Minister, Zarif said "Nil!" Then he corrected himself by saying that the Foreign Minister has to carry out policies of the system. He should analyze the situation and brief the heads of state. "I have always done this, and Supreme Leader Khamenei has attested that I have, and I will always express my views even if they are diagonally opposed to the Leader's views."

"The second responsibility of a Foreign Minister is to defend the country's policies. Sometimes I have to defend things I don't believe in," Zarif confessed.

The interviewer reminded the cost of this confrontation and said that a majority of Iranians are tired and fed up with all that costly tensions.

Trying to stir away from the point, Zarif said blaming foreigners for the country's problems leads the people to believe that all the solutions should also come from abroad. The interviewer said: This is what President Rouhani does.

Zarif replied: "With all due respect for the President, I am only responsible for what I do and say."

City officials in Iran's capital Tehran are planning to put locks on large waste containers in the streets to prevent garbage pickers from accessing waste. END_OF_DOCUMENT_TOKEN_TO_BE_REPLACED

The Biden Administration has confirmed to the US Congress that sanction imposed by its predecessor on Iran have drastically reduced Iran's trade with the world. END_OF_DOCUMENT_TOKEN_TO_BE_REPLACED

The UK government said on Sept 20 that Britain would "not rest" until all its dual nationals being held in Iran were returned home. END_OF_DOCUMENT_TOKEN_TO_BE_REPLACED