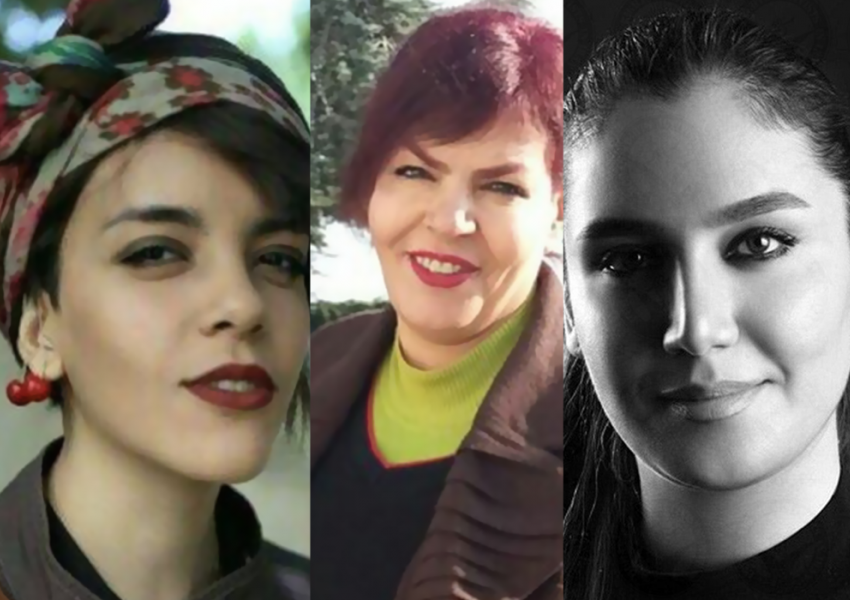 55 years in prison for 3 women who protested mandatory hijab

The Revolutionary Court of Tehran sentenced civil rights activists and Mozhgan Keshavarz, Yasaman Ariani, and her mother Monireh Arabshahi, to 55 years in prison combined. The three are currently held in Varamin Prison.

According to HRANA, the Human Rights Activists News Agency, the three were tried and sentenced by Judge Moghiseh on the charges of “conspiracy and assembly to act against national security, propaganda against the regime, and facilitating corruption and depravity”.

Their sentences were delivered without the presence of their attorney.

On March 8th, the International Women’s Day, the three civil activists offered flowers and pastry to passengers in Tehran’s subway. The video of this event went viral on social media which caused an uproar in state media.

Mozhgan Keshavarz’s attorney, Mohammad Moghimi also reported that he was not allowed to participate in any stage of the process.

Moghimi announced that aside from the three aforementioned charges, Ms. Keshavarz has also been sentenced to seven years and six months in prison on the charge of “blasphemy”.

In recent months the crackdown on “improper hijab” has intensified due to the requests from the Friday-Prayer Imams across the country.

City officials in Iran's capital Tehran are planning to put locks on large waste containers in the streets to prevent garbage pickers from accessing waste. END_OF_DOCUMENT_TOKEN_TO_BE_REPLACED

The Biden Administration has confirmed to the US Congress that sanction imposed by its predecessor on Iran have drastically reduced Iran's trade with the world. END_OF_DOCUMENT_TOKEN_TO_BE_REPLACED

The UK government said on Sept 20 that Britain would "not rest" until all its dual nationals being held in Iran were returned home. END_OF_DOCUMENT_TOKEN_TO_BE_REPLACED