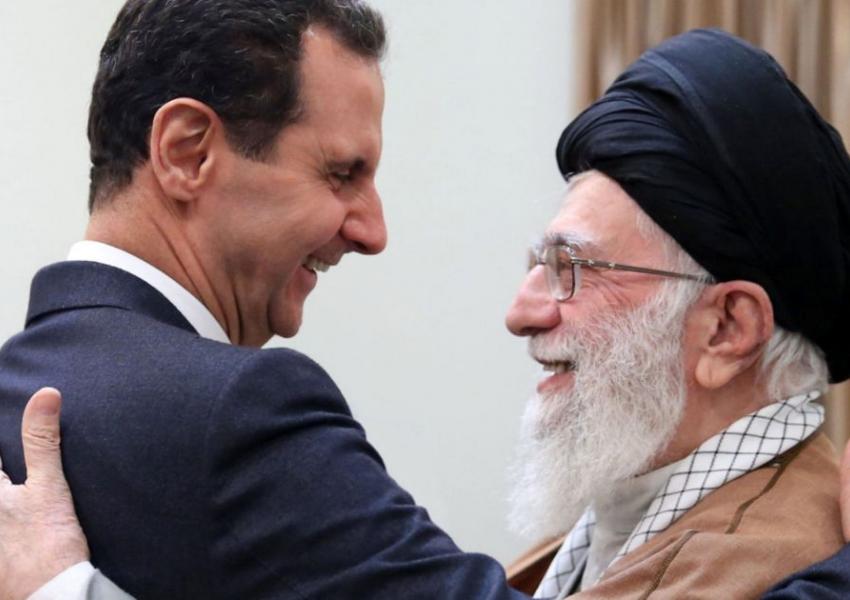 In an unannounced trip to Tehran, Bashar Assad met with Ali Khamenei, the leader of Iran.

Assad’s meeting with the leader and other officials of the Islamic Republic took place on Monday morning, February 25, but no photos or report of the meetings were published until later in the afternoon.

In a separate meeting, Assad also met and talked with President Rouhani. Rouhani once again emphasized the regime’s support of Assad and said: “In the fight against terrorism in Syria, the Islamic Republic has always stood with the government and the people of Syria and has not denied any help.” Javad Zarif who has resigned today was not present at the meeting.

This is Assad’s first visit to Iran after eight years and the beginning of the Syrian uprising which led to a civil war. Iran has spent billions of dollars in financial and military aid to the Assad regime during the civil war.

City officials in Iran's capital Tehran are planning to put locks on large waste containers in the streets to prevent garbage pickers from accessing waste. END_OF_DOCUMENT_TOKEN_TO_BE_REPLACED

The Biden Administration has confirmed to the US Congress that sanction imposed by its predecessor on Iran have drastically reduced Iran's trade with the world. END_OF_DOCUMENT_TOKEN_TO_BE_REPLACED

The UK government said on Sept 20 that Britain would "not rest" until all its dual nationals being held in Iran were returned home. END_OF_DOCUMENT_TOKEN_TO_BE_REPLACED