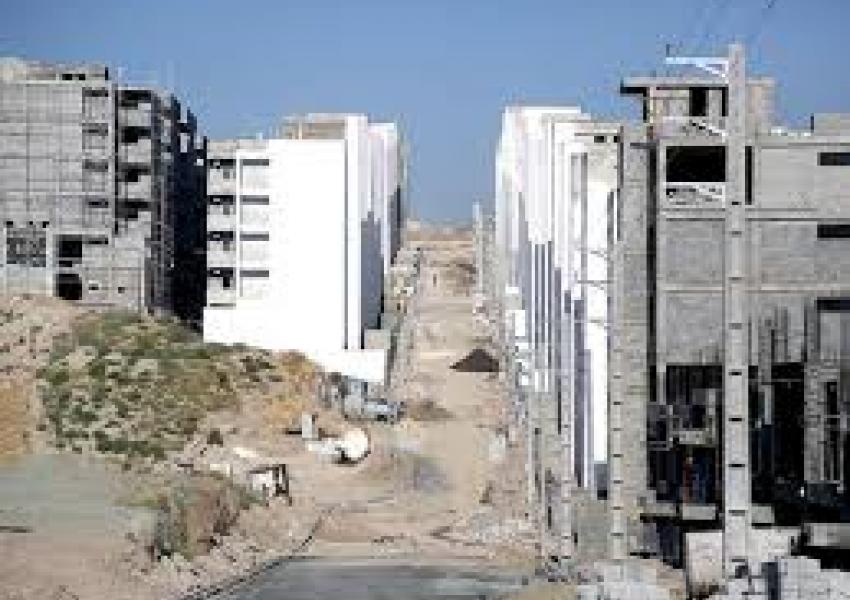 In an interview with the state broadcaster (IRIB) Saturday, President Ebrahim Raisi insisted he would deliver on his campaign promise of building 1 million affordable housing units for sale in each year of his term in office.

Iran's media are skeptical about the plan’s feasibility. Although most principlist media and politicians have supported Raisi's plan, critics cannot help but compare it with the Mehr housing scheme of President Mahmoud Ahmadinejad (2005-13), when oil prices were far higher than today and Iran, especially until 2011, was under far less stringent sanctions.

A total 4.3 million units were built under the plan, either during Ahmadinejad’s presidency (2005-13) or under the successor government of President Hassan Rouhani, which completed 1.3 million even though Rouhani in 2014 said the scheme had boosted liquidity and inflation.

In a devastating earthquake in western Iran in 2018, Mehr apartment buildings sustained more damage than other constructions and Rouhani called for an investigation (link is external). Many new owners complained about problems(link is external), including a lack of infrastructure and amenities like public transport and schools near new apartment blocks, often built away from cities and towns.

The economic website Tejarat News Saturday called Raisi's “ambitious” housing plan the biggest plan ever implemented in Iran. But the article raised many questions about its feasibility, suggesting it would require 10 trillion rials ($40 million) daily, or $15 billion annually, which is more than Iran’s oil export revenues last year.

Khatibi pointed out that the cost of building housing could be as high as 50 million rials ($200) per square meter (sqm), which most of those in need of housing could not afford. Even 50 sqm apartments, would cost $10,000, which most wage-earners would not have up front.

With per capita gross national income in Iran, on World Bank figures, at $2,870, down from $5,420 in 2017 before United States ‘maximum pressure’ sanctions, buyers would need to borrow. According to official figures, over 30 percent of Iranian families rent their homes.

According to Khatibi, there are only two ways for the government to provide the necessary loans: borrowing from the Central Bank, which he said would increase inflation through hiking liquidity, or ordering banks to offer loans, which they would be reluctant to do given the likely long repayment period.

Among principlists criticizing Raisi’s plan, Ali Agha-Mohammadi, a member of the Expediency Council, in a speech at Islamic Banking Conference warned Tuesday that many Iranians would not be able to afford to buy. "The underprivileged class couldn't afford the cheap Mehr Housing," he said and asked: "Would they be able to afford it now?"

Comments about Raisi’s plan abound on social media and news websites. One reader of the conservative Alef news website raised the question of how electricity and water would be supplied to new homes when the country already faced power and water shortages.

Iran's president Ebrahim Raisi addressed the UN General Assembly saying his country wants a resumption of nuclear talks with world powers to lead to the removal of US sanctions. END_OF_DOCUMENT_TOKEN_TO_BE_REPLACED

President Joe Biden told the UN General Assembly on September 21 that he will prevent Iran from getting nuclear weapons. END_OF_DOCUMENT_TOKEN_TO_BE_REPLACED

India has seized nearly three tons or $2.72 billion worth of Afghan heorin shipped from Iran. END_OF_DOCUMENT_TOKEN_TO_BE_REPLACED

Iran's foreign ministry spokesman has said that nuclear talks with world powers will start in a few weeks but has not given a firm date. END_OF_DOCUMENT_TOKEN_TO_BE_REPLACED