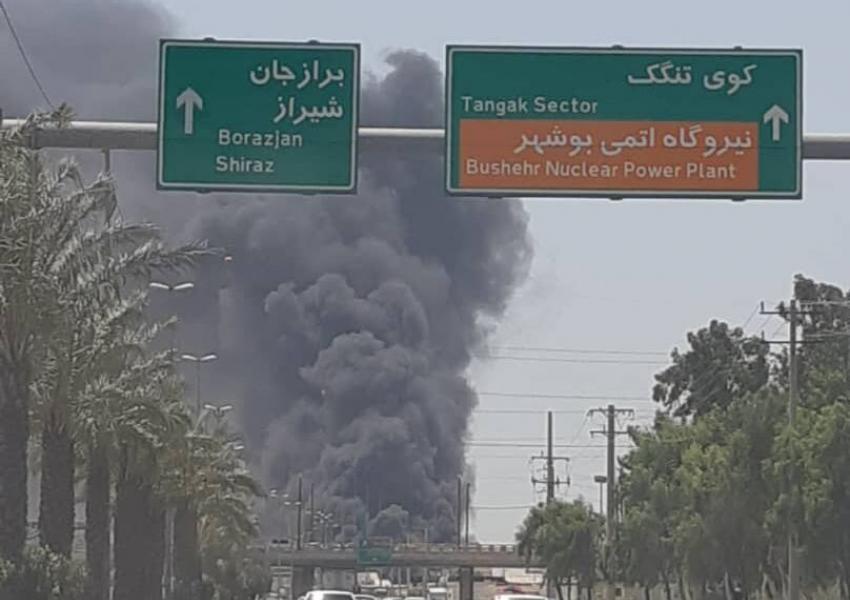 Fires in two industrial zones in one day in Iran

A large fire broke out at a shipyard in the port city of Bushehr in the southwest of Iran on Wednesday which spread to several vessels inside the yard. Just a few hours earlier another large fire was reported in an aluminum factory in Lamerd in the south of Iran.

The director of the crisis management office in Bushehr province announced that the firefighters are working on putting out the fire in the shipyard.

The governor of Lamerd in Fars province also reported that in the early hours of Wednesday, a fire broke out in a section of the aluminum factory for unknown reasons and it was put out after two hours.

The products of this company are used in various industries such as aerospace, automobile, defense, construction, cable, and packaging.

These fires are the most recent in a series of explosions and fires at Iranian infrastructure, industry, and nuclear sites throughout the country. Iranian officials have referred to most of these events as incidents or accidents, and offered natural causes for them, despite many reports that claim sabotage or even foreign attack.

City officials in Iran's capital Tehran are planning to put locks on large waste containers in the streets to prevent garbage pickers from accessing waste. END_OF_DOCUMENT_TOKEN_TO_BE_REPLACED

The Biden Administration has confirmed to the US Congress that sanction imposed by its predecessor on Iran have drastically reduced Iran's trade with the world. END_OF_DOCUMENT_TOKEN_TO_BE_REPLACED

The UK government said on Sept 20 that Britain would "not rest" until all its dual nationals being held in Iran were returned home. END_OF_DOCUMENT_TOKEN_TO_BE_REPLACED