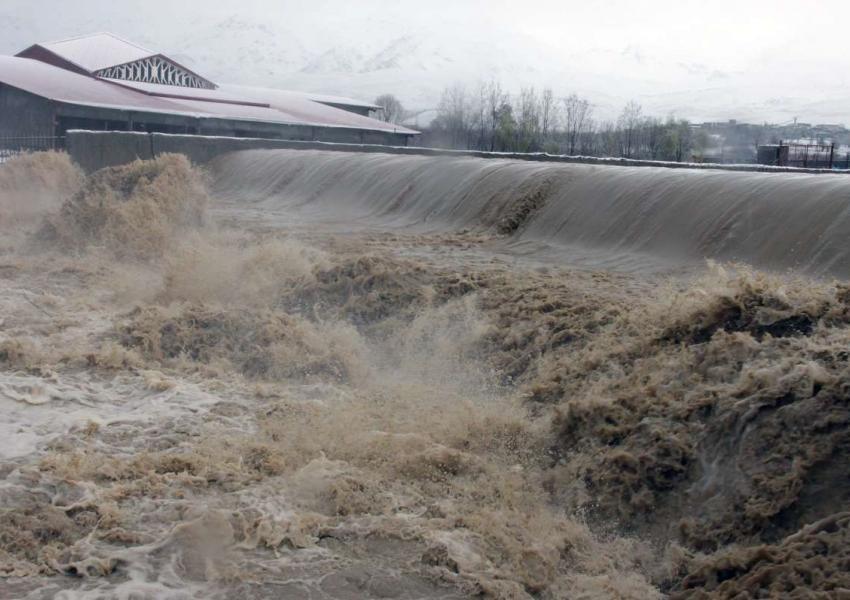 Flood continues in Iran; billions in damages and two dead

As heavy rain continues in different areas of Iran the resulting floods have caused over 20 billion tomans in damages and two dead in Torbat Jam city in the northeast of Iran.

According to one official in Khorasan Razavi province, the flood in Torbat Jam has damaged 30 residential units in the suburbs of the city. Also, a vehicle fell into the river and both of its passengers were killed.

This official reported that the initial assessments show that the flood has caused at least 20 billion tomans in damages.

Officials in Hormozgan province in the south of Iran have also warned local authorities about the possibility of floods.

The chairman of the Hormozgan Crisis Management Office told ISNA that people must avoid staying near rivers, adding: “light boats and fishing boats must seriously avoid sailing in the sea and all the necessary measures must be taken by the coastal and harbor authorities.”

16 provinces in Iran have faced floods in the past few days, and the state of emergency was announced in Ahvaz city.

Some areas in the capital of the country, Tehran, were also flooded.

Meanwhile, the damages and problems from the floods in March of this year have not been repaired and resolved yet. Those floods caused severe damages in several provinces and left dozens dead.

City officials in Iran's capital Tehran are planning to put locks on large waste containers in the streets to prevent garbage pickers from accessing waste. END_OF_DOCUMENT_TOKEN_TO_BE_REPLACED

The Biden Administration has confirmed to the US Congress that sanction imposed by its predecessor on Iran have drastically reduced Iran's trade with the world. END_OF_DOCUMENT_TOKEN_TO_BE_REPLACED

The UK government said on Sept 20 that Britain would "not rest" until all its dual nationals being held in Iran were returned home. END_OF_DOCUMENT_TOKEN_TO_BE_REPLACED