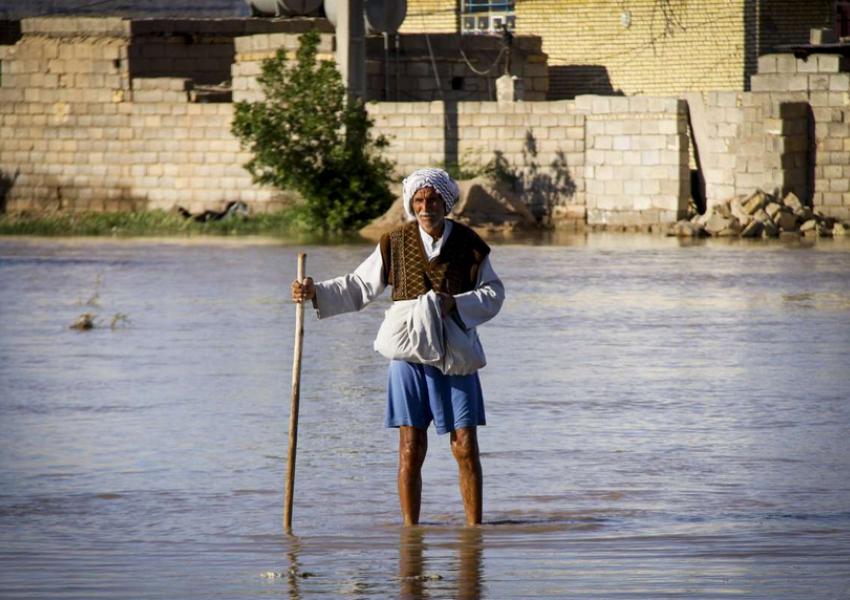 With the flood from Karkheh river getting closer to Ahvaz, the head of Iran’s Red Crescent says the conditions are not yet at crisis level, but they are alarming.

According to IRNA, with the flood getting worse, several trucks, loaders, and excavators have been sent from Alborz province to Andimeshk city in Khuzestan province.

Mohammad Pakpour, the commander of IRGC ground forces announced the deployment of engineering teams, desert hospitals, and necessary equipment to Khuzestan province. An army commander in Khuzestan said fixing the flood barriers and constant observation of the direction of the flood are the priorities for the army forces in Khuzestan.

The spokesman for the crisis management organization, Behnam Saeedi, asked the people of Khuzestan to cooperate with the evacuation orders of the officials. There have been reports of people disobeying the order.

Saeedi pointed out that 240 villages have been evacuated in Khuzestan province and some areas in Ahvaz also need to be evacuated.

Regarding the conditions in Lorestan, he added that 30 percent of Poldokhtar’s water network has been heavily damaged and not been repaired and connected yet. 15 villages still have no water.

City officials in Iran's capital Tehran are planning to put locks on large waste containers in the streets to prevent garbage pickers from accessing waste. END_OF_DOCUMENT_TOKEN_TO_BE_REPLACED

The Biden Administration has confirmed to the US Congress that sanction imposed by its predecessor on Iran have drastically reduced Iran's trade with the world. END_OF_DOCUMENT_TOKEN_TO_BE_REPLACED

The UK government said on Sept 20 that Britain would "not rest" until all its dual nationals being held in Iran were returned home. END_OF_DOCUMENT_TOKEN_TO_BE_REPLACED