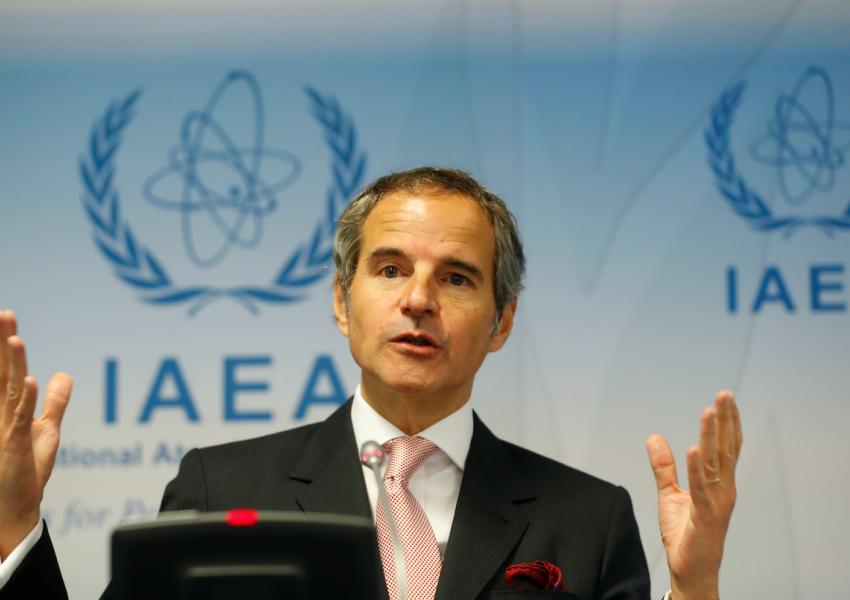 The Director-General of the International Atomic Energy Agency Rafael Grossi pressured Iran to finally explain the origin of the uranium residue found almost two years ago in an undeclared site that Israel had exposed.

In 2018, at his address to the UN General Assembly, the Israeli Prime Minister Benjamin Netanyahu drew attention to Turquzabad as a secret nuclear site and urged the IAEA inspectors to visit the site. That year Israel announced that it has extracted half a ton in classified documents regarding Iran’s nuclear program. The Islamic Republic denied the allegation and claimed that Turquzabad was a carpet-cleaning facility.

After the IAEA inspectors visited the site in 2019, they took samples that showed traces of “isotopically altered particles of low enriched uranium”. Since then the UN nuclear watchdog has been demanding answers from Iran.

“We believe they need to give us information which is credible. What they are telling us from a technical point of view doesn’t add up, so they need to clarify this,” IAEA Director General Rafael Grossi said in a news conference.

The IAEA also confirmed the reports that Iran has begun operating the 174 advanced centrifuges that were transferred to an underground site from Natanz nuclear site, but said Iran’s overall uranium enrichment capabilities have not increased significantly. Operating such centrifuges are in violation of the Iran nuclear deal.

“In general terms, there is no significant increase in the volumes, since as I mentioned, they had already been operating in a different place. So, it's a nuance there. But of course, it is something that is not within the limits of the JCPOA,” Grossi said.

The Associated Press reports a confidential document distributed to member JCPOA countries last week shows Iran as of November 2 had a stockpile of 2,442.9 kilograms of low-enriched uranium‌, up from 2,105.4 kilograms reported on August 25; while the nuclear deal signed by the world powers allows Iran only to keep a stockpile of 202.8 kilograms.

The IAEA said Iran has also been continuing to enrich uranium to a purity of up to 4.5%, higher than the 3.67% allowed under the deal.

Iran began its gradual non-compliance after President Trump left the nuclear deal in 2019, calling it the most terrible deal ever made.

Potential President-elect Joe Biden has announced that he is willing to return to the accord if it is renegotiated.

City officials in Iran's capital Tehran are planning to put locks on large waste containers in the streets to prevent garbage pickers from accessing waste. END_OF_DOCUMENT_TOKEN_TO_BE_REPLACED

The Biden Administration has confirmed to the US Congress that sanction imposed by its predecessor on Iran have drastically reduced Iran's trade with the world. END_OF_DOCUMENT_TOKEN_TO_BE_REPLACED

The UK government said on Sept 20 that Britain would "not rest" until all its dual nationals being held in Iran were returned home. END_OF_DOCUMENT_TOKEN_TO_BE_REPLACED