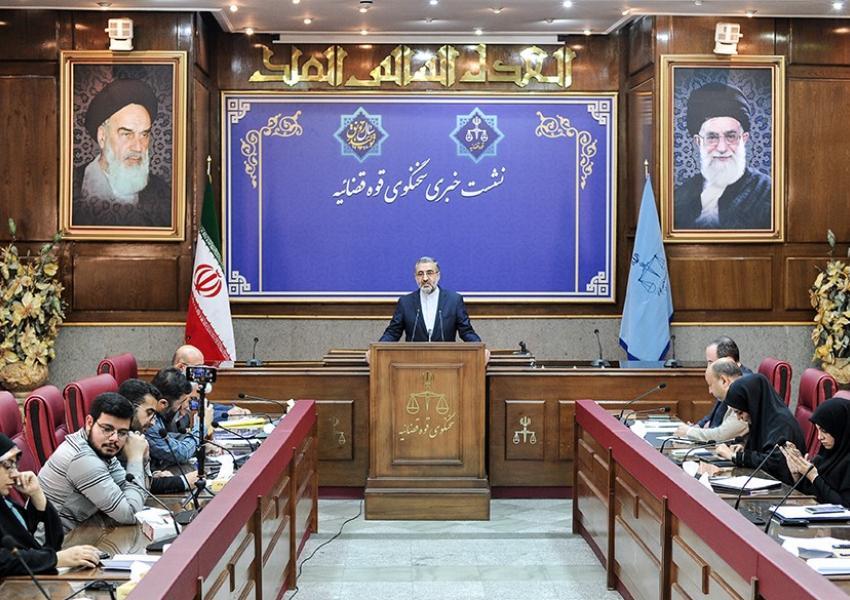 Iran’s Judiciary: Zarif Is Not Authorized to Offer Prisoner Swap

On Tuesday, the spokesperson for the Islamic Republic judiciary, Gholamhossein Esmaili, rejected foreign minister Zarif’s authority to offer prisoner swap to the United States and asked him not to discuss the topic.

In a press conference, Esmaili addressed Zarif’s comments about prisoner swap between Iran and America: “First of all, the judiciary is an independent branch and in charge of judicial affairs such as prisoners.”

He emphasized that “there hasn’t been a new round of negotiations about prisoner swap” and told Zarif and other government officials: “We expect our esteemed friends not to express opinions regarding the affairs of the judiciary, or at least coordinate with the judiciary.”

He did mention however that the “if the regulations and rules necessitate and the authorized officials decide, the judiciary will cooperate.”

Recently, the foreign minister told the Independent newspaper that he has the authority to offer prisoner swap.

He originally expressed concern about the case of Nazanin Zaghari-Ratcliffe and another Iranian prisoner named Negar Ghods-Kani in Australia who was arrested for what he called “buying and selling equipment for an Iranian media company.”

Zarif later changed his remarks and said his suggested prisoner swap will not include Nazanin Zaghari-Ratcliffe.

Aside from prisoners with dual citizenship, Iran has also incarcerated several American citizens including Michael White, a former member of the American navy who has been sentenced to ten years in prison.

City officials in Iran's capital Tehran are planning to put locks on large waste containers in the streets to prevent garbage pickers from accessing waste. END_OF_DOCUMENT_TOKEN_TO_BE_REPLACED

The Biden Administration has confirmed to the US Congress that sanction imposed by its predecessor on Iran have drastically reduced Iran's trade with the world. END_OF_DOCUMENT_TOKEN_TO_BE_REPLACED

The UK government said on Sept 20 that Britain would "not rest" until all its dual nationals being held in Iran were returned home. END_OF_DOCUMENT_TOKEN_TO_BE_REPLACED