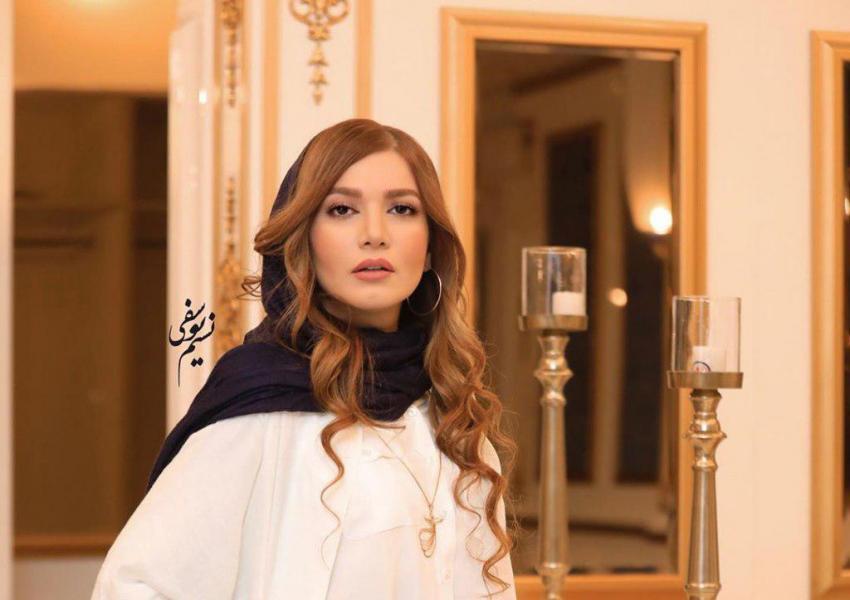 Iranian actress summoned to court for her “unconventional attire”

Matin Sotudeh, the Iranian TV and movie actress was summoned to the guidance court for what was described as her “unconventional attire” while attending a private movie premier.

The state-owned Fars News reported on Thursday that the actress was summoned to guidance court on Wednesday “as a result of numerous demands from people.”

Fars added that she has been released on bail.

Photos of the actress attending a movie premier drew criticism from the members of parliament.

In a State TV interview on Wednesday, MP Sadegh Tabatabaeinejad announced the formation of a new council under the Ministry of Islamic Guidance and Culture to “review the attire and behavior of celebrities and political figures.”

“The presence of actors and their attire in private premiers and other events have drawn reactions from the people,” the MP said. “Recently, a council of figures or celebrities has been formed in the Ministry of Islamic Guidance which the Minister of Guidance presides over. The council had a meeting last week and they are supposed to pass some laws regarding these cases.”

The Minister of Islamic Guidance mentioned the issue in Wednesday’s cabinet meeting and said: “These individuals are also on TV shows, and the event was not a public one, so they didn’t need our permission for attending it.”

But the head of public relations at Cinema Organization announced on Wednesday: “We are preparing a guideline that public figures in arts, cinema, and sports who attend different events can follow and abide by them. The guideline will be finished by next week.”

These decisions by the Islamic Republic officials have caused an uproar in Iranian social media.

The regime already has laws in place that mandate women to wear hijabs, and the morality police in the streets will arrest women who are deemed as wearing “improper hijab.”

City officials in Iran's capital Tehran are planning to put locks on large waste containers in the streets to prevent garbage pickers from accessing waste. END_OF_DOCUMENT_TOKEN_TO_BE_REPLACED

The Biden Administration has confirmed to the US Congress that sanction imposed by its predecessor on Iran have drastically reduced Iran's trade with the world. END_OF_DOCUMENT_TOKEN_TO_BE_REPLACED

The UK government said on Sept 20 that Britain would "not rest" until all its dual nationals being held in Iran were returned home. END_OF_DOCUMENT_TOKEN_TO_BE_REPLACED