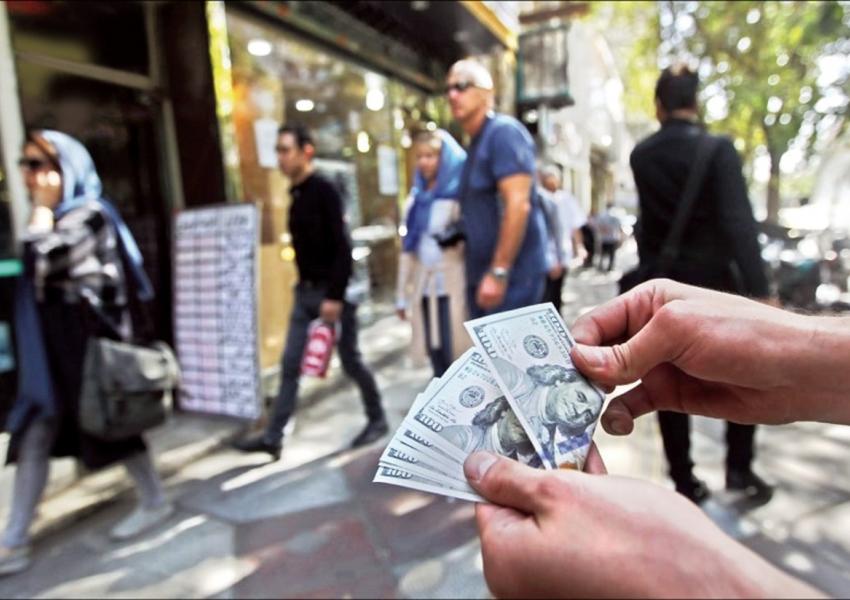 Iran’s battered currency the rial dropped to 280,000 against the US dollar on Wednesday, signaling another round of depreciation that could push the country into hyperinflation and political instability.

The rial has lost 15 percent of its value in two months, with the hardliner Ebrahim Raisi assuming the presidency and appointing an economic team committed to state control and paying subsidies to government-controlled factories and conglomerates, as well as a foreign minister known for his anti-Western posture.

Uncertainty about the future of nuclear talks with the United States is another important factor pushing the rial down. In April when talks began in Vienna to revive the Joint Comprehensive Plan of Action, JCPOA, analysts expected the rial to regain some of the losses of the past three years, with the expectation that Washington would lift sanctions on Iran’s oil exports.

Iran has lost more than $120 billion in oil export revenues according to a senior government official since former president Donald Trump exited the JCPOA in 2018 and imposed crippling sanctions. Hard currency earned from oil exports finances more than half of Iran’s budget and the three years of sanctions have depleted Tehran’s currency reserves.

Iranian officials have so far remained silent on the fall of the rial, as Raisi’s ministers on Wednesday received their vote of confidence from parliament. But in recent days, the treasury department and others have said that since March less than ten percent of Iran’s expected oil export revenues have been realized. If lack of dollars forces the government to tighten dollar disbursements to importers at fixed favorable rates, these businesses resort to buying the hard currency from local dealers and push up the market exchange rate.

As it appears that Iran’s economy has no salvation except the lifting of US sanctions, Tehran is still haggling over conditions for a new deal with the Biden administration, which has indicated it is willing to lift a significant number of sanctions.

In the meantime, Iran is racing toward more uranium enrichment and acquiring enough fissile material to build a bomb. Israeli officials said Wednesday that Tehran is two months away from stockpiling enough enriched uranium for a weapon and another few months to build a bomb and fit it on a missile. IDF Chief of Staff Aviv Kohavi told reporters this week said that Israel is preparing plans to strike Iran pre-emptively if the Vienna talks cannot produce a tangible result to permanently stop its nuclear program.

Iran also faces internal dangers if its currency continues to fall. The official inflation rate is around 45 percent, with at least half of the population struggling at below poverty level. As the rial loses value inflation will get worse in coming weeks creating a volatile situation for the Islamic Republic, which has suppressed three rounds of major uprisings since 2017. Many Iranian commentators say that an internal explosion is a more real danger to the regime than any external threat.

Iran's president Ebrahim Raisi addressed the UN General Assembly saying his country wants a resumption of nuclear talks with world powers to lead to the removal of US sanctions. END_OF_DOCUMENT_TOKEN_TO_BE_REPLACED

President Joe Biden told the UN General Assembly on September 21 that he will prevent Iran from getting nuclear weapons. END_OF_DOCUMENT_TOKEN_TO_BE_REPLACED

India has seized nearly three tons or $2.72 billion worth of Afghan heorin shipped from Iran. END_OF_DOCUMENT_TOKEN_TO_BE_REPLACED

Iran's foreign ministry spokesman has said that nuclear talks with world powers will start in a few weeks but has not given a firm date. END_OF_DOCUMENT_TOKEN_TO_BE_REPLACED