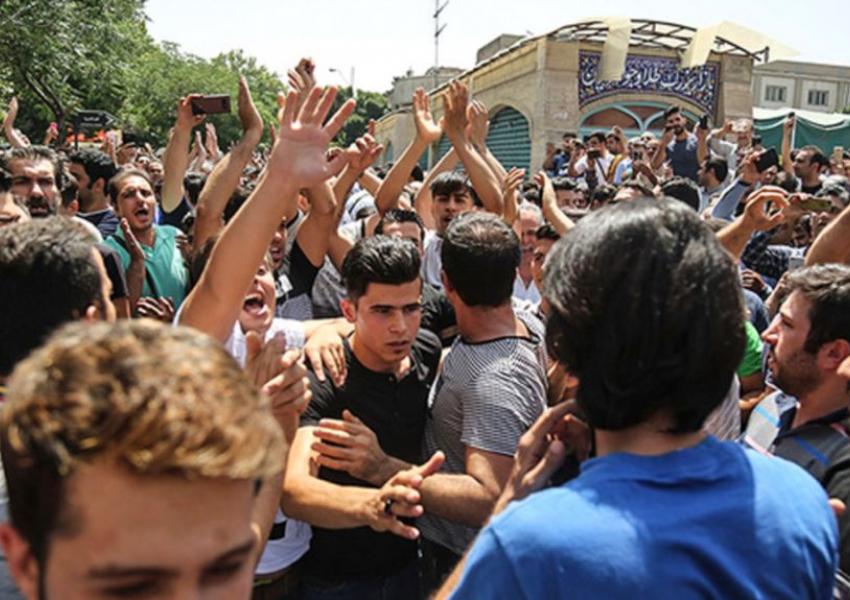 Less well-off Iranians are losing access to some essential commodities or struggling to afford them as prices rise, news agencies affiliated with both reformists and hardliners report.

The Iranian Labour News Agency (ILNA) on Thursday October 29 found the prices of foodstuff and consumer goods rising daily, with bread, poultry, red meat and eggs still available but other goods, including cooking oil, no longer on store shelves.

Various items are disappearing from workers’ shopping basket, the agency said. Coupled with a 500 percent leap in housing costs during the past 18 months, the rising price of food has made it difficult for workers’ families to meet essential needs. Even if a wage earner makes 30 million rials per month, that amounts to just about $100, as the national currency has lost its value tenfold since 2017.

Last week, Tasnim news agency, which is linked to the Revolutionary Guards, published an infographic comparing the prices of four items in 2017, when President Hassan Rouhani began his second term, and October 2020, seven months before the next presidential election.

“Who can afford buying meat at the price 1,200,000 to 1,400,000 rials per kilogram?” labor activist Faramarz Tofiqi asked ILNA. “This is way above the daily income of a worker or a retired employee.”

Tofiqi demanded urgent action: “If the government has any plan to raise the minimum wage, now it is the only time for it, before the workers drown in a financial crisis.”

A report in Tejarat News highlighted shoppers buying beef and chicken bones with little meat still on them. Tejarat discovered 350-gram packs of the lower part of chicken legs, usually thrown out after cutting the drumsticks, on sale for 1,000,000 rials.

According to ILNA, food prices jumped 7 percent from mid-September to mid-October alone. While the government puts annual inflation at 41.4 percent, independent assessments say it is above 56 percent. Earlier this year, the Central Bank said inflation would be harnessed at around 24 percent.

The government has failed to deliver an increase in the minimum wage promised to labor unions during negotiations in March, when it envisaged an inflation rate of 15-20 percent during the current Iranian year. Labor activist Morteza Afghah told ILNA that to avoid an imminent    crunch, the government needed to bear down on inflation, and to reform budgeting and taxation policies.

City officials in Iran's capital Tehran are planning to put locks on large waste containers in the streets to prevent garbage pickers from accessing waste. END_OF_DOCUMENT_TOKEN_TO_BE_REPLACED

The Biden Administration has confirmed to the US Congress that sanction imposed by its predecessor on Iran have drastically reduced Iran's trade with the world. END_OF_DOCUMENT_TOKEN_TO_BE_REPLACED

The UK government said on Sept 20 that Britain would "not rest" until all its dual nationals being held in Iran were returned home. END_OF_DOCUMENT_TOKEN_TO_BE_REPLACED