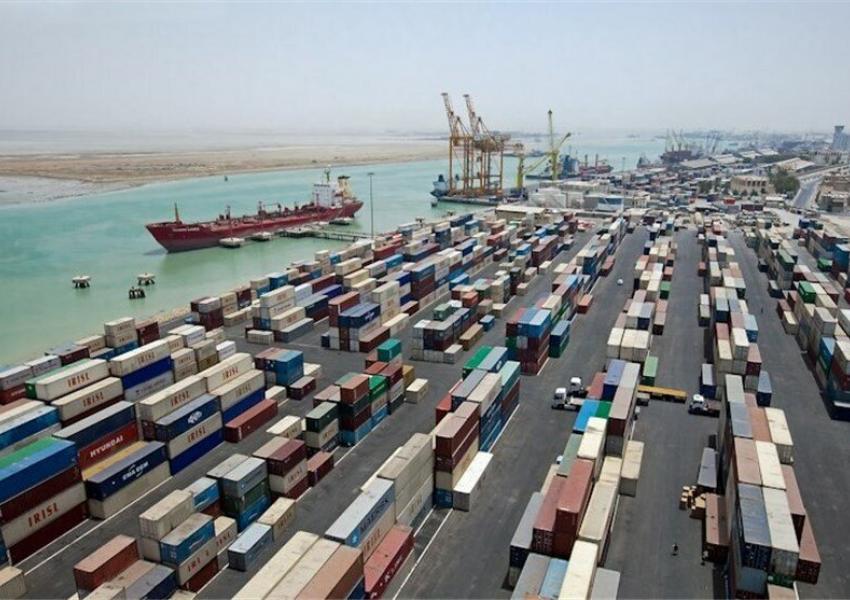 Reports from Iran say that 1.3 million metric tons of “essential goods” have arrived in Iranian waters but cannot be unloaded because importers have not been able to obtain hard currency from the goverment to pay foreign vendors in full.

When Iran’s currency began to depreciate at the beginning of 2017, the government decided to supply cheap dollars to companies that would import food, medicine and other essential goods. The rest of importers had to buy dollars at higher rates. In short, the government began subsidizing essential imports to help citizens survive in the inflationary environment.

Importers of essential goods receive each US dollar from the government for 42,000 rials, while the value of the US currency is 250,000 rials on the open exchange market.

However, importers often must wait a long time to receive the cheap dollars. Due to US sanctions on Iran’s oil exports the government simply does not have enough dollars to distribute.

The Iranian Student News Agency (ISNA) reported Monday that besides the 1.3 million tons of goods on ships waiting near Iranian ports, another 5.5 million tons of essential imports are also backed up at ports, again mostly due to lack of foreign currency.

The issue of key imports being stranded on ships and at ports has been going on for months, with President Hassan Rouhani’s government, the Central Bank of Iran and other officials holding frequent meetings and issuing proclamations about having solved the problem. But the shortage of essential goods has never been resolved and prices keep rising, even though the government is subsidizing these imports.

When goods reach Iranian customs, importers must produce paperwork issued by sellers in order to clear the goods through customs. But when importers do not have the dollars to wire to sellers as final payment, the goods get stuck either on cargo ships or at warehouses at the ports.

In some cases, importers use their own credit line to guarantee payment and they receive the paperwork from sellers, but because they are afraid the government might never release the dollars at the preferred rate, they keep the goods waiting at the customs. ISNA says that in some cases even government entities wait a long time to receive dollars and even when they have the foreign currency to pay for imports, they wait until the government releases the funds before committing to clearing the goods through customs.

The question might arise as to why importers simply do not buy the essential goods with expensive, free market rate dollars. The main answer is because prices are controlled by the government and importers cannot pay six times more for goods and sell it six times higher.

Non-essential goods, such as shoes or materials for producing consumer goods is a different matter. In that case the government has a second preferred dollar rate for importers, which is somewhere between the 42,000 rial and the free-market dollar rate.

There have been a few scandals and a lot of accusations that well-connected businesses obtain the cheap dollars from the government and never import essential goods. They either import cars or luxury items and allegedly share the profits with officials.

Iran's president Ebrahim Raisi addressed the UN General Assembly saying his country wants a resumption of nuclear talks with world powers to lead to the removal of US sanctions. END_OF_DOCUMENT_TOKEN_TO_BE_REPLACED

President Joe Biden told the UN General Assembly on September 21 that he will prevent Iran from getting nuclear weapons. END_OF_DOCUMENT_TOKEN_TO_BE_REPLACED

India has seized nearly three tons or $2.72 billion worth of Afghan heorin shipped from Iran. END_OF_DOCUMENT_TOKEN_TO_BE_REPLACED

Iran's foreign ministry spokesman has said that nuclear talks with world powers will start in a few weeks but has not given a firm date. END_OF_DOCUMENT_TOKEN_TO_BE_REPLACED

Shahin Naseri, a fellow prisoner who gave evidence in the murder trial of Navid Afkari that the wrestler had been beaten to secure a confession, is reported dead by other inmates.
1 hour 1 min ago

The new secretary of Iran's Expediency Council Mohammad Bagher Zolghadr is a former senior IRGC commander like his predecessor Mohsen Rezaei and a hardline political operator.
22 hours 21 min ago