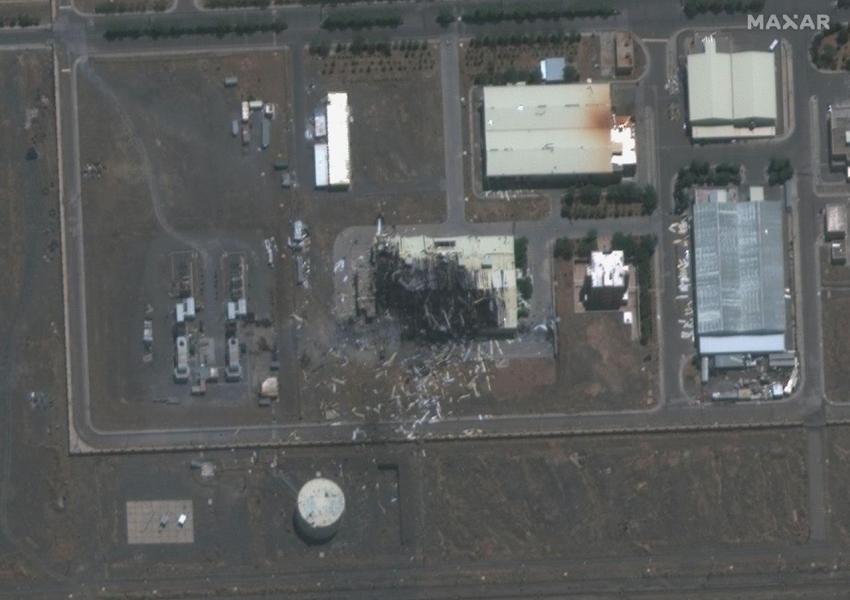 A new report by the Institute for Science and International Security about the explosion in Natanz states that Iran’s Centrifuge Assembly Center (ICAC) at the Natanz Enrichment Site has suffered significant, extensive, and likely irreparable, damage to its main assembly hall section and overall a significant setback for the Iranian advanced gas centrifuge production and operations effort.

Based on the new satellite images, the report concludes: “It is clear that a major explosion took place, destroying nearly three-quarters of the main centrifuge assembly hall, generating a fire that blackened a major portion of the building, the blackening visible where the roof had been blown away by the explosion.”

The report states that the visible damage is such that the entire building will likely have to be razed and re-built from scratch. Advanced centrifuge rotor assemblies are typically assembled in “clean rooms,” an expensive-to-build environment free from dust and other contaminants.

“It is also expected that much of the sensitive equipment, including balancing machines, specialized rotor assembly equipment, measuring equipment, and centrifuge test stands, are also largely unsalvageable. The explosion may have destroyed any contents of what must be a large storeroom for sensitive centrifuge components and many rotor assemblies; the latter would await deployment in enrichment plants,” the report adds.

Based on the time that it took for the currently damaged building to be finished, from 2012 to 2016, the report predicts that the replacement building will take nearly as much.

It also adds that this explosion will not likely affect Iran’s near-term research and development of centrifuges at the nearby Natanz Pilot Fuel Enrichment Plant (PFEP). Iran has other facilities that assemble advanced centrifuges for R&D, such as Kalaye Electric, a facility in north Tehran which assembles the IR-8 centrifuge and perhaps other ones as well. There may be additional small-scale assembly operations at Natanz and/or elsewhere. But, the explosion was a significant setback to Iran’s plans and ability to mass-produce advanced centrifuges.

City officials in Iran's capital Tehran are planning to put locks on large waste containers in the streets to prevent garbage pickers from accessing waste. END_OF_DOCUMENT_TOKEN_TO_BE_REPLACED

The Biden Administration has confirmed to the US Congress that sanction imposed by its predecessor on Iran have drastically reduced Iran's trade with the world. END_OF_DOCUMENT_TOKEN_TO_BE_REPLACED

The UK government said on Sept 20 that Britain would "not rest" until all its dual nationals being held in Iran were returned home. END_OF_DOCUMENT_TOKEN_TO_BE_REPLACED