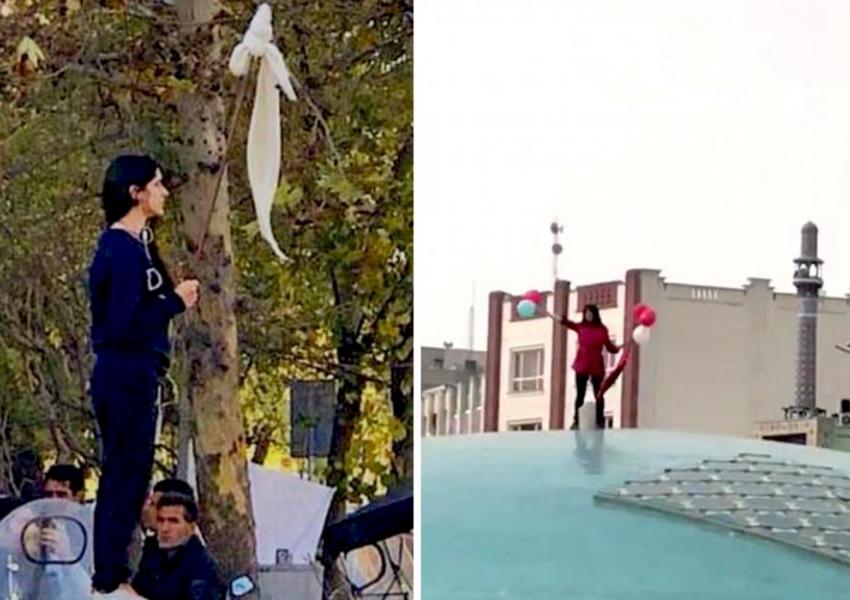 One Year in Prison for the First Girl of Revolution Street

Payam Darafshan, the defense attorney of Vida Movahed told IRNA that his client has received a sentence of one year in prison.

Vida Movahed was the first woman who went on a platform in Tehran’s Revolutions (Inqilab) street and tied her headscarf to a stick and became the symbol of the anti-mandatory hijab movement, and became known as the “girl of the Inqilab street”.

She was arrested and released after a few days. According to her attorney, in her second protest, Vida Movahed stepped on a turquoise dome in the middle of Inqilab square and repeated her protest to mandatory hijab.

Her second protest led to another arrest, and she was indicted for encouraging people to sin and debauchery through removing the hijab, and she was sentenced to one year in prison. The sentence is final.

After Khamenei announced mass pardons for many prisoners, the judge said that Vida’s case meets the requirements for the pardon, but she has not been released.

According to her attorney, he has sent pardon and parole request to the prison judge but has not received any response. He did not clarify who is blocking her release, but stated that what the prison authorities are doing is illegal.

City officials in Iran's capital Tehran are planning to put locks on large waste containers in the streets to prevent garbage pickers from accessing waste. END_OF_DOCUMENT_TOKEN_TO_BE_REPLACED

The Biden Administration has confirmed to the US Congress that sanction imposed by its predecessor on Iran have drastically reduced Iran's trade with the world. END_OF_DOCUMENT_TOKEN_TO_BE_REPLACED

The UK government said on Sept 20 that Britain would "not rest" until all its dual nationals being held in Iran were returned home. END_OF_DOCUMENT_TOKEN_TO_BE_REPLACED