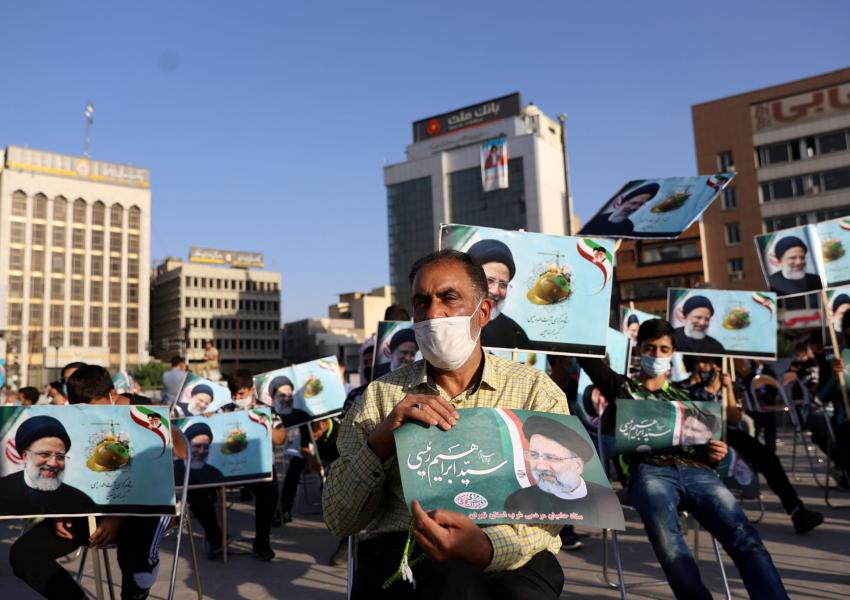 Over 100 Civil, Political Activists In Iran Call For Election Boycott

In a statement on Wednesday, 110 civil and political activists living in Iran urged Iranians to boycott Friday's presidential election, likely to have the lowest turnout in more than 40 years.

The signatories of the statement have urged Iranians to "raise their voices against dictatorship, restitution, injustice, corruption and lies," by saying no to the controversial election . "The country's destiny will no longer be written in humiliating and stage-managed election," the statement said.

Various groups and figures including pro-monarchy activists outside Iran and exiled Crown Prince of Iran Reza Pahlavi have also urged Iranians to boycott the elections.

The reformist umbrella group, the Reforms Front peeved over the exclusion of its favored candidates by the watchdog Guardian Council has decided not to back anyone after a majority vote in its assembly Monday to support centrist Abdolnasser Hemmati failed to attract the necessary two-thirds majority.

The Front, however, has allowed individual parties and figures to support the only reformist candidate, the formerly low-key politician and governor of the Central Bank of Iran, who is running independently.

Supreme Leader Ali Khamenei in a televised speech on Wednesday [June 16] blamed foreign-based media and "enemies" trying to derail the elections for the disinterest in voting and urged Iranians to show the enemies that they back the regime.

Khamenei in his televised speech Wednesday appeared to indicate serious concern of a low turnout. He and other top officials have always insisted that a high turnout is proof of the Islamic Republic's legitimacy. Khamenei particularly tried to appeal to the younger generation and first-time voters not to shun the ballot boxes. Opinion polls have indicated that youths are least likely to vote in this election.

Fifty-nine million Iranians are eligible to vote with 1.5 million first-time voters. In the last two presidential elections, in 2013 and 2017 over 72 percent voted.

A new opinion survey for Iran International TV carried out on Sunday found that the likelihood of voting rose by age: Only 28 percent of those under 44 said they would vote or were likely to vote, against 47 percent of those above 60.

Turnout in the upcoming elections is widely expected to be lower than previous elections due to voters' disillusionment after three years of economic recession and elimination of all candidates who could challenge the frontrunner supported by hardliners, Chief Justice Ebrahim Raeesi's bid to presidency. Surveys show more than 50 percent of eligible voters are not inclined to vote, making this potentially the lowest turnout in the 42-year history of the Islamic Republic.

Iran's president Ebrahim Raisi addressed the UN General Assembly saying his country wants a resumption of nuclear talks with world powers to lead to the removal of US sanctions. END_OF_DOCUMENT_TOKEN_TO_BE_REPLACED

President Joe Biden told the UN General Assembly on September 21 that he will prevent Iran from getting nuclear weapons. END_OF_DOCUMENT_TOKEN_TO_BE_REPLACED

India has seized nearly three tons or $2.72 billion worth of Afghan heorin shipped from Iran. END_OF_DOCUMENT_TOKEN_TO_BE_REPLACED

Iran's foreign ministry spokesman has said that nuclear talks with world powers will start in a few weeks but has not given a firm date. END_OF_DOCUMENT_TOKEN_TO_BE_REPLACED