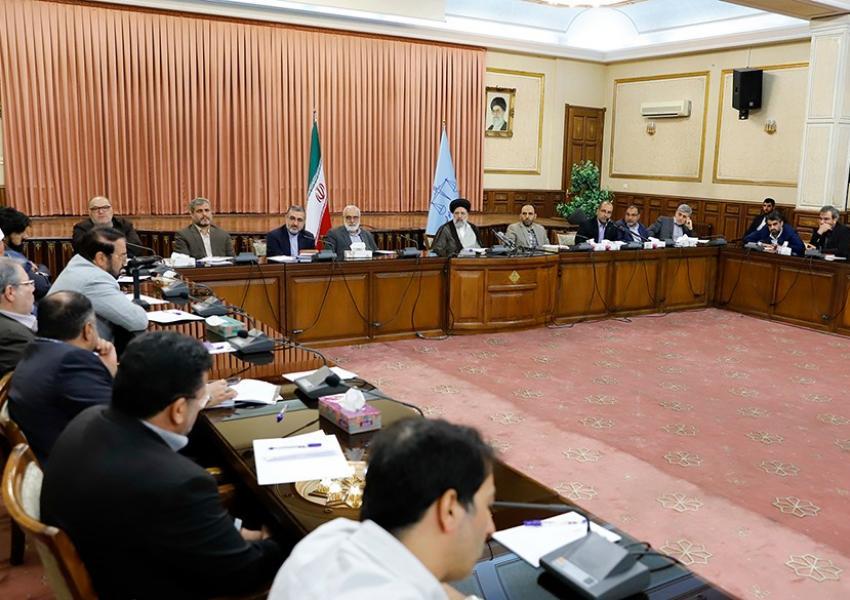 Raisi: Press Should Respect the Red Lines So They Won’t End Up in Court

In his first press conference, Ebrahim Raisi, the Islamic Republic’s chief of judiciary told the reporters that the media should respect the red lines, and that “we cannot ignore violations of the regime’s rights”.

“This branch (the judiciary) supports the freedom of the press. The judiciary sees the media as its colleagues and does not oppose fair criticism,” Raisi stated.

While referring to the recent tensions in the region, he emphasized the special duty of the media in these times: “In the fight against the enemy, the media has the duty of observing and being careful so that the signals and points that make the enemy happy are not heard or published in the society.”

Raisi went on to say that the media should act in a way that increases “public hatred” toward criminals.

The head of judiciary also demanded that the media publish the news in a way that assures the public, instead of “talking about corruption all the time.”

City officials in Iran's capital Tehran are planning to put locks on large waste containers in the streets to prevent garbage pickers from accessing waste. END_OF_DOCUMENT_TOKEN_TO_BE_REPLACED

The Biden Administration has confirmed to the US Congress that sanction imposed by its predecessor on Iran have drastically reduced Iran's trade with the world. END_OF_DOCUMENT_TOKEN_TO_BE_REPLACED

The UK government said on Sept 20 that Britain would "not rest" until all its dual nationals being held in Iran were returned home. END_OF_DOCUMENT_TOKEN_TO_BE_REPLACED