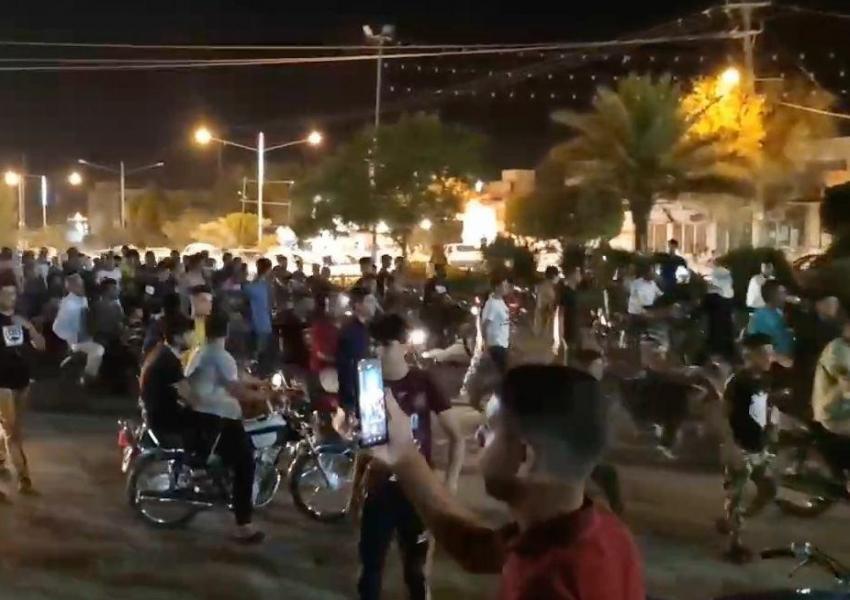 In a statement Monday, 55 journalists working for domestic Iranian media outlets criticized the authorities for "responding with bullets and suppression" when the people of Khuzestan province "protested against their inefficient management of the country." The statement condemned what it alleged were "forged" and "commissioned" reports on the protests as well as restrictions on internet access in Khuzestan.

The statement, signed among others by prominent political activist Mehdi Mahmoudian, has been circulating on social media as well as some news websites. Signatories criticized years of media censorship and intimidation of “independent” journalists.

In an apparent reference to journalists reporting for semi-official or Revolutionary Guards-affiliated news agencies such as Mehr, Fars and Tasnim, the signatories claimed that "hired" reporters have been sent to Khuzestan to present a "forged account of the story of Khuzestan." These reports have downplayed the protests, referred to "rioters," and denied the internet had been shut down.

In recent days Tasnim News Agency, which is affiliated to the Revolutionary Guards, has claimed, without offering evidence, that "rioters" used shot guns during protests, resulting in deaths. In a statement Tuesday the intelligence ministry said it has arrested agents of Mossad, the Israeli external intelligence agency, in western border regions with a "large cache of weapons and ammunition," including shot guns and grenades that they intended to supply to urban demonstrators.

Protests that began July 15 in Iran’s oil-rich, Khuzestan province with a large Arabic-speaking population, triggered by weeks-long water scarcity, soon turned into anti-regime demonstrations, although Supreme Leader Ali Khamenei on July 23 acknowledged the protestors grievances over water. and since Saturday spread to several other cities including the capital Tehran, the north-western city of Tabriz, the central city of Isfahan, Karaj, near Tehran and Kermanshah in the west.

Amnesty International reported July 23 that in “mostly peaceful” protests in Khuzestan, security forces had killed “at least eight protestors and bystanders, including a teenage boy, in seven different cites” while a police officer had been shot dead in the port city of Mahshahr. Since then, social media posts have carried the names and photos of 12 people alleged to have died. The Iranian HRANA human rights group has listed ten deaths.

Mobile internet has been shut down in Khuzestan for nearly two weeks. Authorities have also set broadband internet − which only a small minority of Iranians use − to a tightly controlled intranet.

The intranet, which has replaced connection to the global web, offers access only to websites not blocked by the authorities. Blocked websites that previously could be reached through VPNs or anti-filtering software, including opposition Persian-language websites outside Iran, are now out of reach. Activists on social media say the loss of access to the internet and messaging applications such as Telegram and WhatsApp has seriously restricted the flow of news and videos from protesters.

In Tehran and other cities authorities shut down mobile Internet temporarily in recent days when and where a protest broke out as in Tabriz on Saturday and in Tehran Monday.

The new internet control strategy instead of a total blackout as in November 2019 allows domestic online businesses to function but also prevents free flow of messaging. It also makes tracking of internet disturbances difficult for outside observers. During the nation-wide protests of November 2019 the Supreme National Security Council ordered mobile and broadband internet completely shut down for a week.

Iran's president Ebrahim Raisi addressed the UN General Assembly saying his country wants a resumption of nuclear talks with world powers to lead to the removal of US sanctions. END_OF_DOCUMENT_TOKEN_TO_BE_REPLACED

President Joe Biden told the UN General Assembly on September 21 that he will prevent Iran from getting nuclear weapons. END_OF_DOCUMENT_TOKEN_TO_BE_REPLACED

India has seized nearly three tons or $2.72 billion worth of Afghan heorin shipped from Iran. END_OF_DOCUMENT_TOKEN_TO_BE_REPLACED

Iran's foreign ministry spokesman has said that nuclear talks with world powers will start in a few weeks but has not given a firm date. END_OF_DOCUMENT_TOKEN_TO_BE_REPLACED