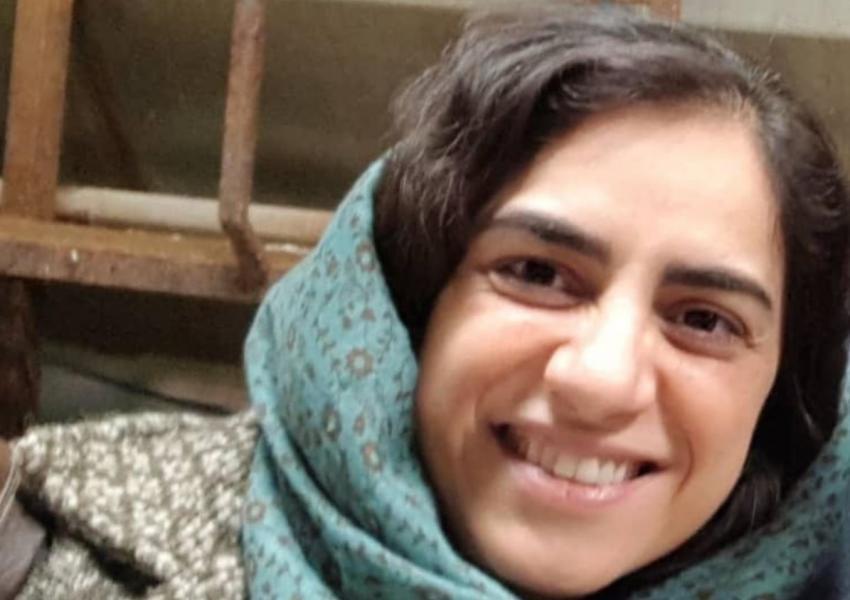 Iran
A political prisoner's letter to the chief of Judiciary

Kingston University student and cultural activist Aras Amiri who was incarcerated on September 8 of last year in Tehran, has written a letter to the chief of Islamic Republic Judiciary, Ebrahim Raisi, in which she denies her charges and states that she has been sentenced to ten years in prison only for “declining an offer to cooperate with the Ministry of Intelligence.

In the letter, Amiri mentions that she was first arrested on March 14 of 2018 by Intelligence agents and was taken to Ward 209 of Evin Prison. She states that despite paying her bail, the agents refused to release her and said: “It was a mistake to set bail.”

She goes on to say that she was kept in solitary confinement in Evin Prison for 69 days and during her detainment and interrogations, she was faced with charges of “conspiracy to act against the national security through assemblies” and later “membership in an illegal group”, and that she was interrogated in the mornings and afternoons with a short break in between.

After being detained for 69 days, she was released on bail of 500 million tomans.

According to Amiri, after her release, her interrogators continued to contact her, but “in the third visit, I declined their direct offer of cooperation and told them that I can only officially work in my own field of expertise and nothing else.”

She was then summoned by the court again and was finally sentenced to ten years in prison.

City officials in Iran's capital Tehran are planning to put locks on large waste containers in the streets to prevent garbage pickers from accessing waste. END_OF_DOCUMENT_TOKEN_TO_BE_REPLACED

The Biden Administration has confirmed to the US Congress that sanction imposed by its predecessor on Iran have drastically reduced Iran's trade with the world. END_OF_DOCUMENT_TOKEN_TO_BE_REPLACED

The UK government said on Sept 20 that Britain would "not rest" until all its dual nationals being held in Iran were returned home. END_OF_DOCUMENT_TOKEN_TO_BE_REPLACED