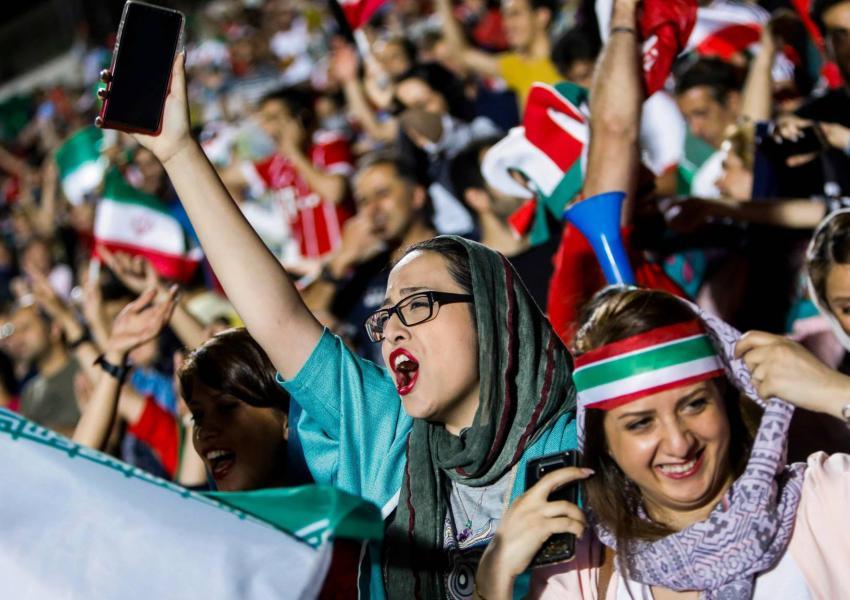 All the tickets allocated to women for the football match between Iran and Cambodia were sold online in a matter of minutes.

Sections A6 and A7 have been allocated for women in Azadi stadium which have all been sold out.

The decision to sell tickets to women came after FIFA issued a statement saying there should be no obstacle for women watching the games in the stadium and the ban on women entering the stadiums must be lifted.

Since all the tickets for women were sold in a matter of minutes and most tickets for men have not been sold yet, there have been rumors about more tickets being allocated to women.

According to state-owned IRNA: “The tickets were not offered selectively, and all women could buy them.”

In a previous match, in order to satisfy FIFA, the Islamic Republic had allowed female relatives of the authorities to enter the stadium.

The cultural deputy of Iran’s Football Federation announced that “1600 women will be watching this match from the stadium.”

Busses and parking spaces have been designated for women who come to the stadium. The busses will go to a different gate for women. The exact number of tickets that have been sold to the public as opposed to selectively is not yet clear.

Recently, the suicide of a female football fan who was sentenced to 6 months in prison for watching a game in the stadium led to international outrage and FIFA’s ultimatum to the Iranian Football Federation.

City officials in Iran's capital Tehran are planning to put locks on large waste containers in the streets to prevent garbage pickers from accessing waste. END_OF_DOCUMENT_TOKEN_TO_BE_REPLACED

The Biden Administration has confirmed to the US Congress that sanction imposed by its predecessor on Iran have drastically reduced Iran's trade with the world. END_OF_DOCUMENT_TOKEN_TO_BE_REPLACED

The UK government said on Sept 20 that Britain would "not rest" until all its dual nationals being held in Iran were returned home. END_OF_DOCUMENT_TOKEN_TO_BE_REPLACED