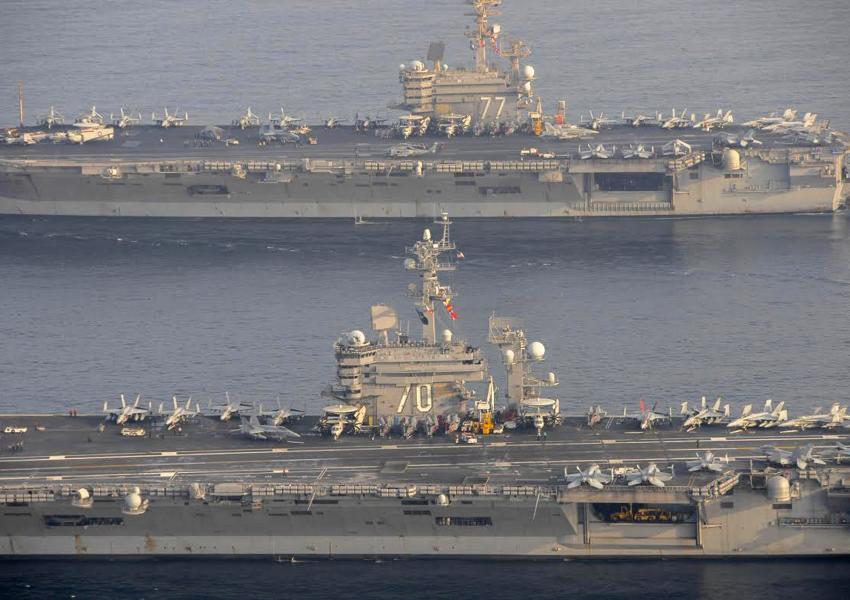 While the sanctions against the Islamic Revolutionary Guard Corps begin on Monday, April 15, a joint counter-mine military exercise is taking place in the Persian Gulf by the navy forces of U.S, France, and Britain. The goal of the exercise is to ensure the safety and freedom of ships in these waters.

A spokesperson for the U.S navy told France News Agency that this exercise is only defensive and that “we are fully ready against any threat.”

The exercise is performed near the Bahrain coast, where the fifth U.S navy fleet is stationed. Ten battleships, several helicopters, and divers are participating in this exercise which will continue until April 19.

This exercise by three western powers is being performed at the time when IRGC has just been designated as a terrorist organization.

In December, as a new U.S aircraft career was entering the Persian Gulf, the IRGC performed a military drill near Qeshm Island.

City officials in Iran's capital Tehran are planning to put locks on large waste containers in the streets to prevent garbage pickers from accessing waste. END_OF_DOCUMENT_TOKEN_TO_BE_REPLACED

The Biden Administration has confirmed to the US Congress that sanction imposed by its predecessor on Iran have drastically reduced Iran's trade with the world. END_OF_DOCUMENT_TOKEN_TO_BE_REPLACED

The UK government said on Sept 20 that Britain would "not rest" until all its dual nationals being held in Iran were returned home. END_OF_DOCUMENT_TOKEN_TO_BE_REPLACED