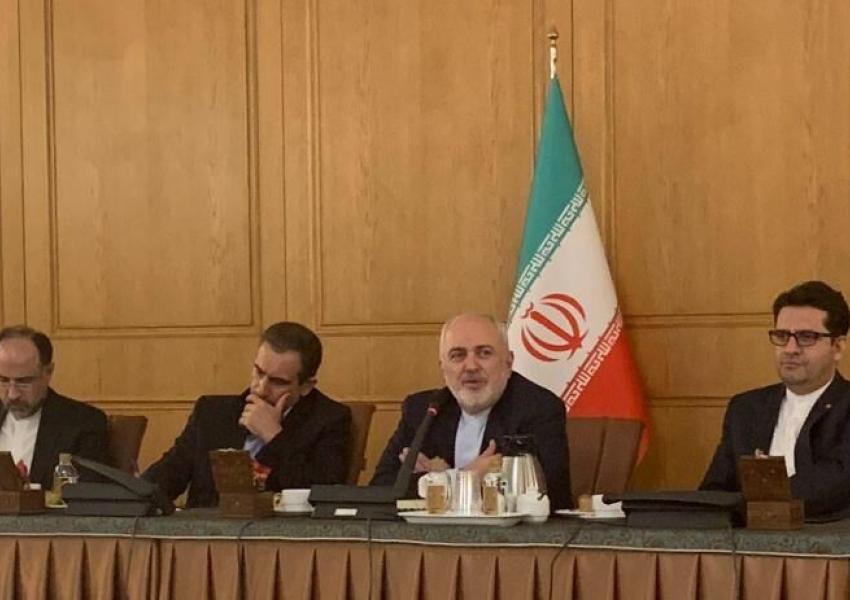 Zarif: We have made many mistakes and made people pay for them

In a meeting with a group of online activists on Tuesday, Zarif said: “We must not pay the bills from the people’s pockets. This trend must not continue, and we must not be stubborn about it."

Regarding the reasons for the mistakes that the Islamic Republic has made, Zarif explained: “We always wanted to build everything from scratch.”

Zarif also pointed out the work of the Ministry of Foreign Affairs in regard to the nuclear deal (JCPOA) and said: I am not a defender of the JCPOA, I’m the defender of the Islamic Republic.”

Zarif also mentioned the importance of online activism and its impact on international diplomacy: “In the past, if we spoke outside of Iran, nobody would find out about what was said, and we could easily choose our target audience. It is not like that anymore.”

In response to a question about the arrest of Yulia Yuzik, the Russian journalist, by the Islamic Revolutionary Guard Corps (IRGC) in Tehran, Zarif said the reason was something other than espionage and added: “This arrest should not have happened.”

Zarif described himself as the “representative of Iran’s brand” in the international arena, and explained that his resignation last year was because that night he felt like he “was not the representative of the brand anymore.”

City officials in Iran's capital Tehran are planning to put locks on large waste containers in the streets to prevent garbage pickers from accessing waste. END_OF_DOCUMENT_TOKEN_TO_BE_REPLACED

The Biden Administration has confirmed to the US Congress that sanction imposed by its predecessor on Iran have drastically reduced Iran's trade with the world. END_OF_DOCUMENT_TOKEN_TO_BE_REPLACED

The UK government said on Sept 20 that Britain would "not rest" until all its dual nationals being held in Iran were returned home. END_OF_DOCUMENT_TOKEN_TO_BE_REPLACED