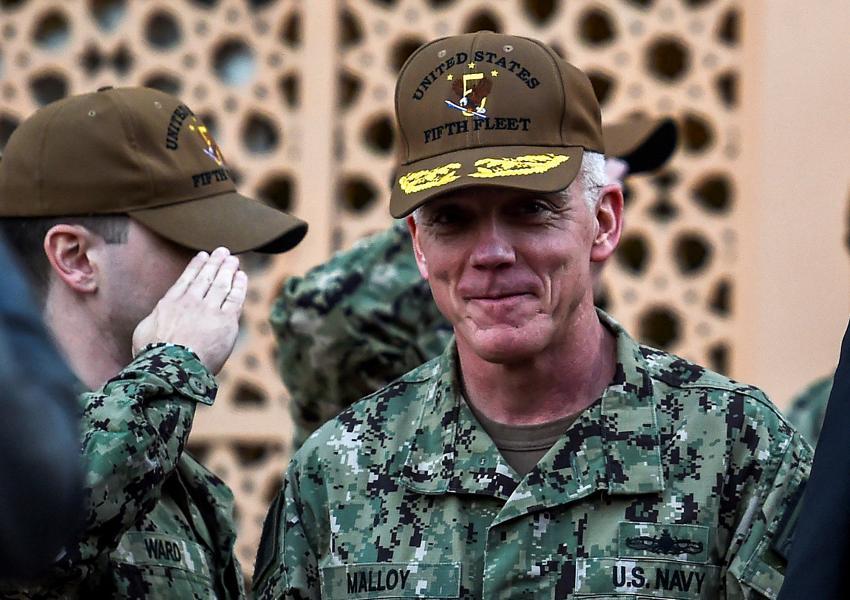 Reuters: Admiral James Malloy, commander of the United States Naval Forces Central Command in Bahrain says Iran has not drawn back its threatening military posture in the region after the attack on Saudi Arabian oil facilities.

“I don’t believe that they’re drawing back at all,” Vice Admiral Jim Malloy said in an interview.

The United States, Saudi Arabia, Britain, France, and Germany have publicly blamed the attack on Iran. The Islamic Republic denies any involvement in the strike on the world’s biggest crude oil-processing facility (Aramco) in Saudi Arabia. The Iran-backed Houthi Shia militant group in Yemen has claimed responsibility for the attack.

Malloy said he regularly tracks Iranian cruise and ballistic missile movements — “whether they’re moving to storage, away from storage.” He also monitors whether Iran’s minelaying capabilities head to distribution sites or away from them.

“I get a briefing of movements on a daily basis and then assessments as to what that could mean,” Malloy said.

Relations between the United States and Iran have deteriorated sharply since President Donald Trump pulled out of the Iran nuclear accord last year and reimposed sanctions on its oil exports.

For months, Iranian officials issued veiled threats, saying that if Tehran were blocked from exporting oil, other countries would not be able to do so either.

City officials in Iran's capital Tehran are planning to put locks on large waste containers in the streets to prevent garbage pickers from accessing waste. END_OF_DOCUMENT_TOKEN_TO_BE_REPLACED

The Biden Administration has confirmed to the US Congress that sanction imposed by its predecessor on Iran have drastically reduced Iran's trade with the world. END_OF_DOCUMENT_TOKEN_TO_BE_REPLACED

The UK government said on Sept 20 that Britain would "not rest" until all its dual nationals being held in Iran were returned home. END_OF_DOCUMENT_TOKEN_TO_BE_REPLACED