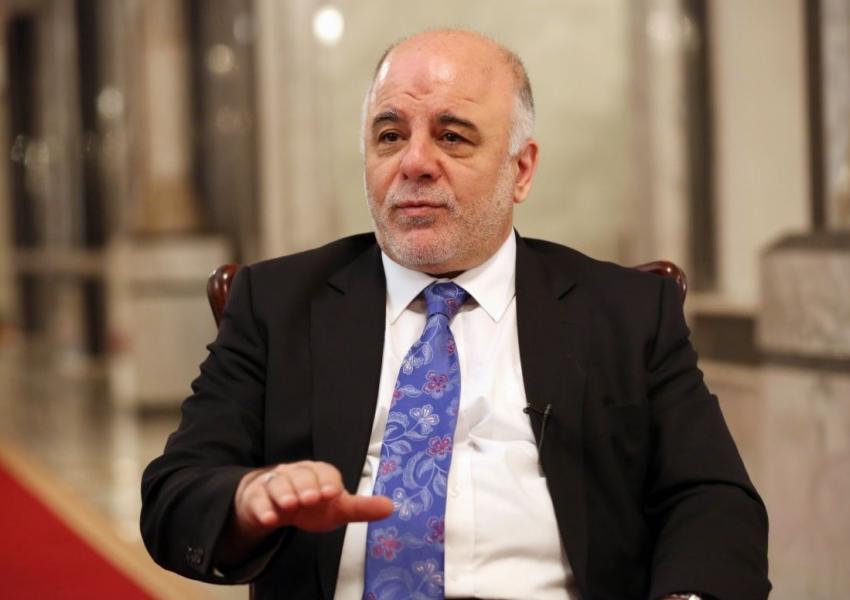 Qasem Soleimani, the former commander of the Qods (Quds) Force, the international branch of the Islamic Revolution Guard Corps (IRGC), was targeted and killed by American forces on January 3 while leaving Baghdad airport in the company of Abu Mahdi al-Muhandis, the commander of Hashd al-Shaabi militia.

Al-Abadi said in the interview: “The jet fighters that targeted the two commanders at the airport, entered the Iraqi territory with permission. You can check and see for yourself. I’ve said it before and I say it now. I’m not accusing anyone.”

In response to the interviewer saying “Mr [former] prime minister, this is a dangerous thing to say”, al-Abadi emphasized: “This is the truth, and everyone knows it.”

The former Iraqi prime minister clarified: “They entered the country with Iraq’s permission, but I’m not making an accusation that Iraqis knew the objective of those fighters.”

Al-Abadi refused to say “who gave the jet fighters the permission to enter Iraq” and told the interviewer you can check that for yourself.

After the operation, Pentagon announced in a statement that targeting Soleimani by the American army was done by the order of President Trump.

Daily Mail reported at the time that the attack was done by a drone that was sent from the American base in Qatar.

Some influential figures in Iraq had implicitly claimed that they were aware of the US army’s plan to kill Soleimani and al-Muhandis. The leader of Badr Organization, an Iran-backed militia group claimed last year that he sent a message to Soleimani days before the US army operation, telling him not to enter Iraq.

Al-Ameri claimed: “Abu-Mahdi [al-Muhandis] told me Soleimani is coming to Iraq tomorrow. I told Abu Mahdi to tell Soleimani not to come to Iraq,” but he refused.

The killing of Soleimani and al-Muhandis occurred after a rocket attack by the Iran-backed Kata’ib Hezbollah militia on an American base, which killed an American contractor and injured four soldiers.

In response to that attack, the American army attacked five positions of Kata’ib Hezbollah militia, which included their headquarter and arsenal, and killed a number of Iran-backed Syrian and Iraqi militia.

Iran responded by sending its Iraqi militia groups to attack the American embassy in Baghdad, burning the American flag and part of the wall and the gate.

After this incident, President Trump directly addressed the leaders of the Islamic Republic, saying they will pay a very heavy price for the killing of Americans and destroying American buildings and will be held fully responsible.Three days after President Trump’s tweet, Qasem Soleimani and Abu Mahdi al-Muhandis were targeted and killed.

Ali Khamenei cried at the funeral of Qasem Soleimani and promised that the Islamic Republic will “never forget” this incident, and will reciprocate.

City officials in Iran's capital Tehran are planning to put locks on large waste containers in the streets to prevent garbage pickers from accessing waste. END_OF_DOCUMENT_TOKEN_TO_BE_REPLACED

The Biden Administration has confirmed to the US Congress that sanction imposed by its predecessor on Iran have drastically reduced Iran's trade with the world. END_OF_DOCUMENT_TOKEN_TO_BE_REPLACED

The UK government said on Sept 20 that Britain would "not rest" until all its dual nationals being held in Iran were returned home. END_OF_DOCUMENT_TOKEN_TO_BE_REPLACED