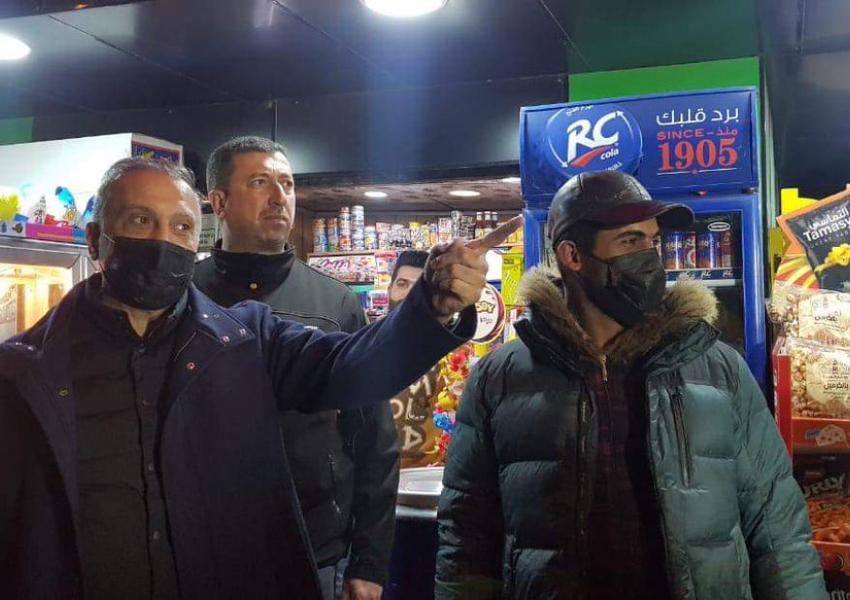 After threats made by the Iran-backed Asa’ib Ahl al-Haq forces in response to the arrest of two of their commanders for the suspicion of involvement in the rocket attack on the American embassy, the Iraqi Prime Minister Mustafa al-Kadhimi stressed that his government is ready for a "decisive confrontation," if necessary.

Videos were released by Iraqi media activists showing Asa’ib Ahl al-Haq militia members warning the prime minister that if the two members of the group are not released, they will "unleash God’s fury on him".

The Iran-backed Asa’ib Ahl al-Haq forces have denied allegations that they took part in a recent rocket attack on the US embassy in Baghdad’s Green Zone and they gave Prime Minister al-Kadhim 48 hours to release the Asa’ib Ahl al-Haq commanders.

In response to the threats, Prime Minister Al-Kadhimi said in a tweet that Iraq's security is the government's responsibility, and that they worked to restore the confidence of the people in the security services and the army in the state after the actions of outlaws shook it.

He also warned against putting Iraq into an "absurd adventure," stressing that his government is ready for a "decisive confrontation," if necessary.

It was reported that after the prime minister’s speech, Iraqi army forces were stationed in several areas in Baghdad, and counter-terrorism forces were moved to provide security for government buildings in Baghdad.

It was also reported that Prime Minister al-Kadhimi personally, accompanied by military leaders, toured the Mansour area in Baghdad at night.

But a few hours after the prime minister’s comments, Asa'ib Ahl al-Haq announced that it has decided to "listen to the voice of reason and wisdom".

The leader of the movement, Jawad Al-Talibawi, said in a tweet that any other attempt to offend Al-Hashd Al-Shaabi and the resistance factions is definitely an American attempt and will definitely fail.

A member of the Asa'ib political bureau, Mahmoud al-Rubaie, said in a tweet, "there is no military presence of the Asa'ib members in Baghdad, and all that is published is either old videos or people we do not even know."

During the week and after the attack on the embassy, the commander of Iran's Qods (Quds) force Esmail Ghaani reportedly visited Iraq and met officials. Details of his trip remain a secret but it could have been related to tensions arising from the rocket attack on the Green Zone.

On Friday night, the leader of Sadr Movement, Muqtada Al-Sadr, a Shia cleric previously very close to Iran, released a statement saying Iraq has become the victim of a fight between Iran and the United States, and he asked both countries, especially the Islamic Republic of Iran which he called the “dear neighbor”, to distance themselves from Iraq and move tensions away from Iraq and respect its sovereignty and independence.

City officials in Iran's capital Tehran are planning to put locks on large waste containers in the streets to prevent garbage pickers from accessing waste. END_OF_DOCUMENT_TOKEN_TO_BE_REPLACED

The Biden Administration has confirmed to the US Congress that sanction imposed by its predecessor on Iran have drastically reduced Iran's trade with the world. END_OF_DOCUMENT_TOKEN_TO_BE_REPLACED

The UK government said on Sept 20 that Britain would "not rest" until all its dual nationals being held in Iran were returned home. END_OF_DOCUMENT_TOKEN_TO_BE_REPLACED