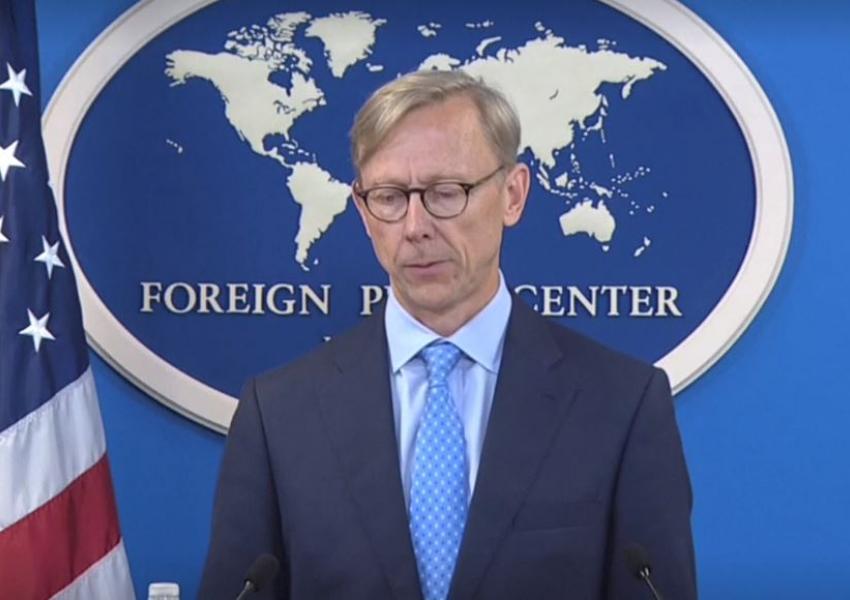 U.S. Special Representative for Iran Brian Hook said on Friday: The door remains open for a wider negotiation with Iran about its nuclear program and other issues, but so far talks have been limited to prisoner releases.

One day after Iran released the American citizen Michael White, Brian Hook told the reporters: "(President Donald Trump) has had the door open to diplomacy for many years and in the same time frame, he has met Kim Jong Un three times. So, we would like to see the regime (of Iran) meet our diplomacy with diplomacy.”

Hook once again reiterated the demand for Iran to release American citizens Bagher Namazi, his son Siamak Namazi, and conservationist Morad Tahbaz. He specifically asked for the latter two to be furloughed from prison on medical grounds.

The American official also emphasized that Washington plans to stick to its policy of harsh economic sanctions on Tehran in an effort to bring it to the negotiating table on issues such as the nuclear program, saying “timidity and weakness invites more Iranian aggression.”

He added: "We refuse to play by that rule book. When you play under house rules, the house always wins. So we are going to continue with our policy.”

City officials in Iran's capital Tehran are planning to put locks on large waste containers in the streets to prevent garbage pickers from accessing waste. END_OF_DOCUMENT_TOKEN_TO_BE_REPLACED

The Biden Administration has confirmed to the US Congress that sanction imposed by its predecessor on Iran have drastically reduced Iran's trade with the world. END_OF_DOCUMENT_TOKEN_TO_BE_REPLACED

The UK government said on Sept 20 that Britain would "not rest" until all its dual nationals being held in Iran were returned home. END_OF_DOCUMENT_TOKEN_TO_BE_REPLACED