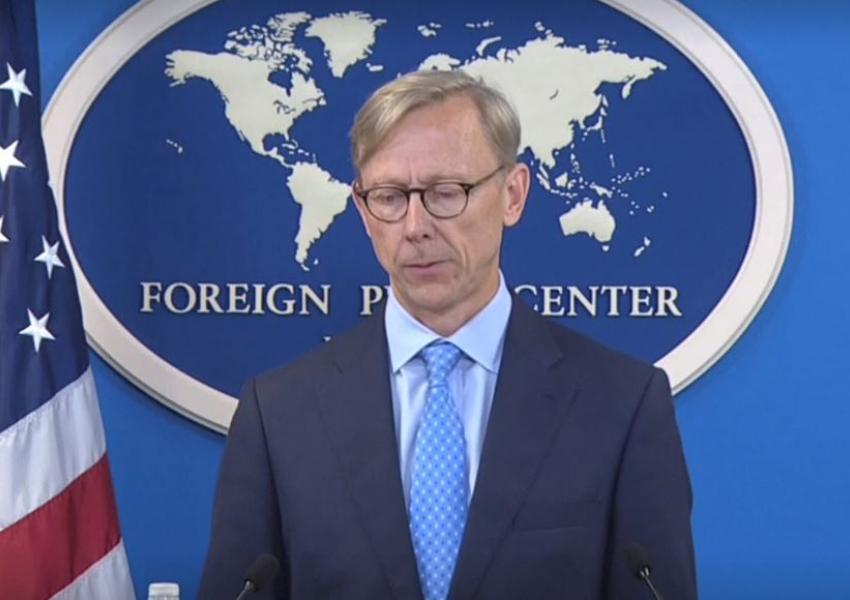 In an interview with Bloomberg News, Brian Hook described the Islamic Republic as a regime that “prioritizes exporting its ideology to the welfare of its own people” and referring to the simultaneous protests in Iran, Iraq, and Lebanon, he emphasized: “People in each of these countries are tired of the corruption and the sectarian violence and economic hardships.”

Hook stated that the regime of Iran is experiencing the harshest financial crisis in the past 40 years and said if Iran’s rulers do not act like a normal country, they will suffer even heavier sanctions in 2020.

Hook emphasized that Iran is in an economic recession and their oil export is destroyed and foreign investments have stopped: “We want to increase the cost of the regime’s activities.”

Regarding the US attack on Iran-backed militia in Iraq, Hook reminded that in the past two months Iran-backed militia has attacked US bases over 12 times. He stated that the US defensive strikes were to deliver this message to Iran that they should stop their activities.

City officials in Iran's capital Tehran are planning to put locks on large waste containers in the streets to prevent garbage pickers from accessing waste. END_OF_DOCUMENT_TOKEN_TO_BE_REPLACED

The Biden Administration has confirmed to the US Congress that sanction imposed by its predecessor on Iran have drastically reduced Iran's trade with the world. END_OF_DOCUMENT_TOKEN_TO_BE_REPLACED

The UK government said on Sept 20 that Britain would "not rest" until all its dual nationals being held in Iran were returned home. END_OF_DOCUMENT_TOKEN_TO_BE_REPLACED