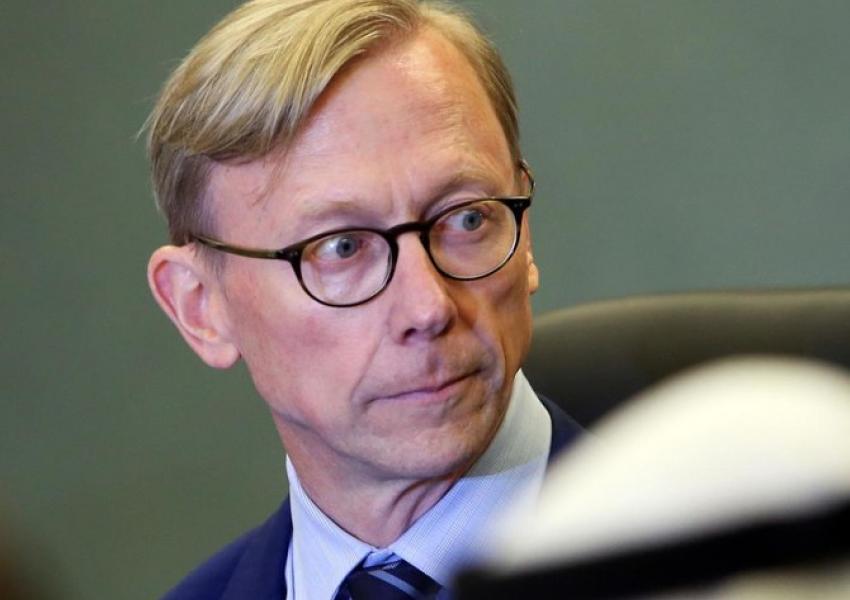 Brian Hook: New agreement with Iran must be approved by Senate

U.S. special envoy for Iran, Brian Hook, says the Trump administration is seeking a different agreement than the previous nuclear deal known as the Joint Comprehensive Plan of Action (JCPOA). An agreement that would include more terms and broader restrictions and is approved by the Senate.

"We want a deal that we're going to submit to the Senate as a treaty that would enjoy not just the support of the president, but the United States," Hook said. Adding: "That's going to be a deal that's more than just a political commitment.”

According to the head of Iran Action Group, US agreement will not allow Iran to enrich uranium, mentioning the fact that half of the countries who have peaceful nuclear programs do not enrich their own uranium, and added that the agreement will also mention Iran’s aggression in the region.

Hook had previously stated that one of the main problems with President Obama’s nuclear deal was the fact that it was never approved by the Senate as a binding resolution.

Brian Hook went on to say that the deal with Iran must include Iran’s missile program, regional aggression, and hostage-takings.

Yesterday, Secretary of State Mike Pompeo tweeted: The Iranian regime consistently lies to the Iranian people and treats them with contempt. Now it is barring thousands of candidates from running for parliament in a massively, publicly rigged election. Even Iran’s president says this isn’t a real election.

City officials in Iran's capital Tehran are planning to put locks on large waste containers in the streets to prevent garbage pickers from accessing waste. END_OF_DOCUMENT_TOKEN_TO_BE_REPLACED

The Biden Administration has confirmed to the US Congress that sanction imposed by its predecessor on Iran have drastically reduced Iran's trade with the world. END_OF_DOCUMENT_TOKEN_TO_BE_REPLACED

The UK government said on Sept 20 that Britain would "not rest" until all its dual nationals being held in Iran were returned home. END_OF_DOCUMENT_TOKEN_TO_BE_REPLACED