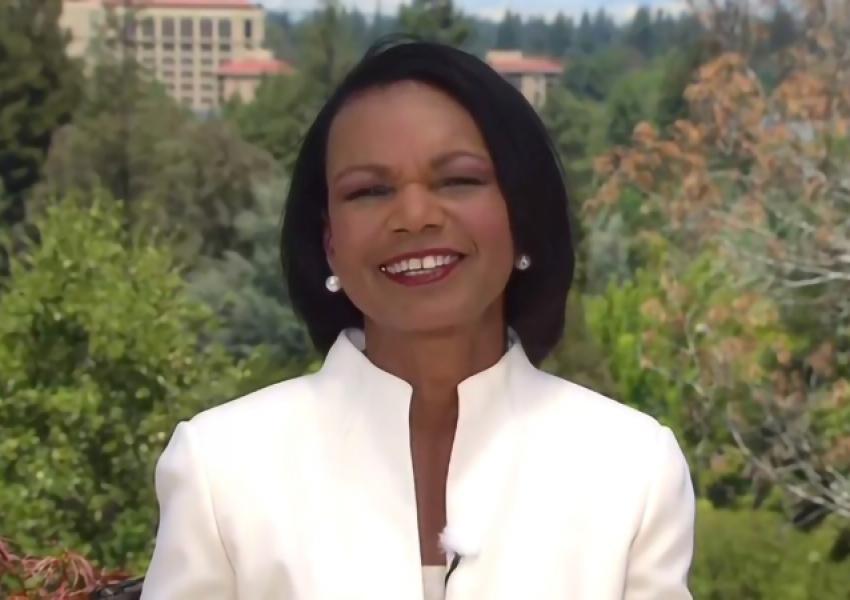 World
Iran
"Let's not be absurd"

In response to a question about the images of American protests appearing in state media of countries like Iran, China, and Russia, Rise said: “I would say to those particularly in places like China and Russia and Iran, who may want to use this for propaganda, let’s not be absurd.” She then recalled the Chinese response to Tiananmen Square, Iran’s response to the Green Movement and Russia’s invasion of Crimea.

She added: “I really don’t need to be lectured by Vladimir Putin and Xi Jinping about peaceful protest when they have themselves used their own force when people have criticized the government.”

Rice went on to address the protests in some European countries in solidarity with the American protests: “I would even say to our friends abroad, in places like Europe, where I’m seeing demonstrations in support of what is happening here, thank you for your support. But please look in the mirror.”

She continued: “Please ask yourself in countries in Europe, in countries all across the world, what are you doing about racial and ethnic inequality in your own circumstances? America has gotten better because we have been willing to confront our problems. And we’re going to confront problems again. We’re confronting them now, and I think we will move forward this time.”

City officials in Iran's capital Tehran are planning to put locks on large waste containers in the streets to prevent garbage pickers from accessing waste. END_OF_DOCUMENT_TOKEN_TO_BE_REPLACED

The Biden Administration has confirmed to the US Congress that sanction imposed by its predecessor on Iran have drastically reduced Iran's trade with the world. END_OF_DOCUMENT_TOKEN_TO_BE_REPLACED

The UK government said on Sept 20 that Britain would "not rest" until all its dual nationals being held in Iran were returned home. END_OF_DOCUMENT_TOKEN_TO_BE_REPLACED