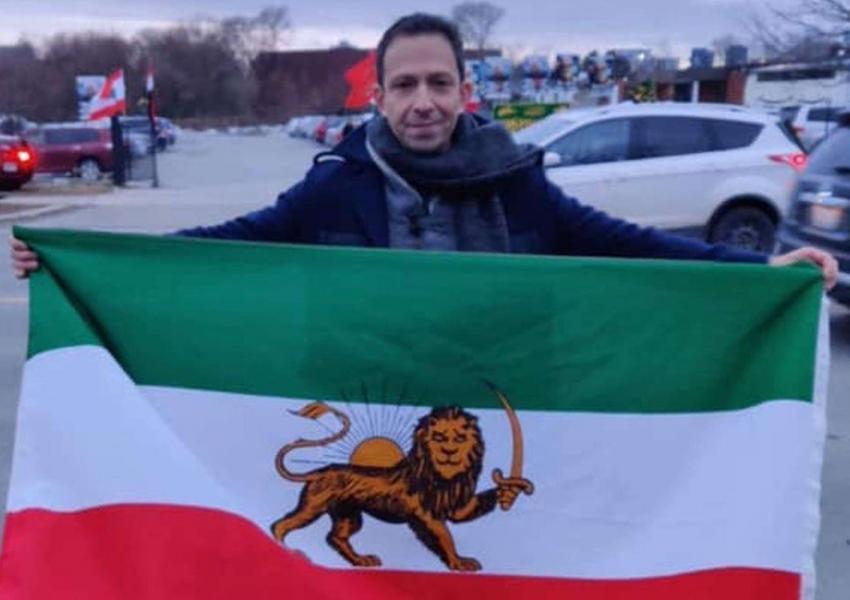 Exiled Iranians in Canada and the United States are accusing Prime Minister Justin Trudeau of failing the lives of dissidents and activists from possible violence by the Islamic Republic of Iran. In social media posts addressed to Trudeau, activists allege that Iranian intelligence agents were responsible for stabbing to death 58-year-old Mehdi Amin after the Canadian government ignored repeated warnings. The motives behind the murder still remain unclear and the police have not said who might have been responsible.

Many call the murder of Amin, a pro-Shah activist found dead in his Toronto townhouse last Wednesday, a “regime assassination.” Amin was well-known in Iranian dissident circles in Canada, and photographs of him taking part in demonstrations are circulating on social media.

“Mehdi Amin, a Canadian citizen who was brutally slaughtered in Toronto was up against [the] Islamic regime of Ayatollahs with 41 years of proven history of brutal killings,” wrote ‘Sooteh-Delan’ in a tweet addressing Trudeau on Saturday. “Your failure to [take] action puts activists' lives at great risk.”

“International terrorism is the end result of friendly relations of western governments and the Islamic regime in Iran,” reads a poster shared by Sooten-Delan in his tweet. Another user charged that the Canadian government is “incapable of providing security, and terrorists are rampant in Canada.”

Some Twitterati and other social media users have alleged Iran was also responsible for the death of Kia Kiamehr, another pro-monarchy dissident, in Toronto in May.

Hamed Esmaeilion, spokesperson for the Canadian families of the victims of the Ukrainian airliner shot down by Iran in January and who recently revealed he had received death threats, has also suggested Amin might have been killed by Iranian intelligence agents.

“The Police has yet not expressed a view and is investigating,” Esmaeilion posted on Facebook on Thursday. “I was not going to publicize these death threats but if evidence of a foreign government is found in this killing it will show that the Islamic Republic’s agents abroad have started carrying out missions again.”

Weeks before Amin was murdered, Alireza Nader, a senior fellow of the Washington-based Foundation for Defense of Democracies (FDD), warned in an article published on September 28 that Canada was “a major hub for the supporters of the Islamic Republic and perhaps an unsafe place for Canadian-Iranian democracy activists.”

Writing on the FDD website, Nader claimed the Trudeau government was not protecting the families of the Iranian-Canadian victims of the Ukrainian airliner, which Iran shot down with two missiles in January amid tensions following the United States assassination of the Iranian general Qasem Soleimani in Baghdad. The families, wrote Nader, had “experienced threats and intimidation by the regime and its supporters within Canada.”

Nader accused the Trudeau government of deliberately ignoring the threat for party-political ends: “Canadian-Iranians have been warning their government about the regime’s growing presence on Canadian soil, yet their warnings appear to have fallen on deaf ears. Instead, Ottawa has chosen to look the other way as pro-regime Canadian-Iranians invest their wealth in the Canadian economy and potentially boost the Liberal party.”

FDD is a right-wing policy institute that has generally supported the Trump administration. Iranian intelligence agents have been implicated in killing at least a dozen dissidents in other countries over the past 30 years, including former Prime Minister Shapour Bakhtiar in 1991 and the leader of the Kurdistan Democratic Party of Iran, Sadegh Sharafkandi, and three others, in Berlin in 1992.

The US Department of State in a fact sheet published on May 22 claimed that Iran had been responsible for “as many as 360 targeted assassinations in other countries” since the 1979 Revolution.

City officials in Iran's capital Tehran are planning to put locks on large waste containers in the streets to prevent garbage pickers from accessing waste. END_OF_DOCUMENT_TOKEN_TO_BE_REPLACED

The Biden Administration has confirmed to the US Congress that sanction imposed by its predecessor on Iran have drastically reduced Iran's trade with the world. END_OF_DOCUMENT_TOKEN_TO_BE_REPLACED

The UK government said on Sept 20 that Britain would "not rest" until all its dual nationals being held in Iran were returned home. END_OF_DOCUMENT_TOKEN_TO_BE_REPLACED