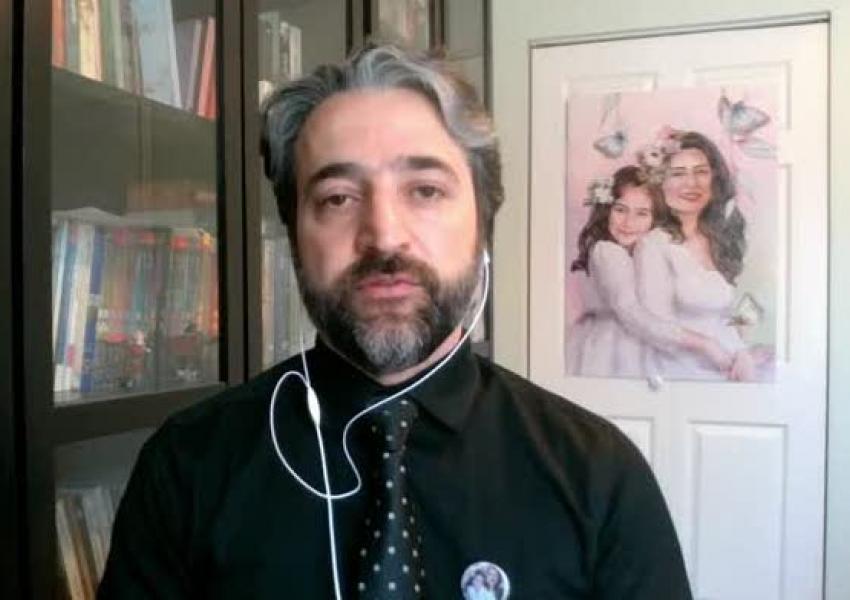 Hamed Esmaeilion, Canada-based spokesman for the families of Iranian victims of Ukrainian flight PS752, shot down by Iran on January 8, has said he has passed to police details of “hate messages, suspicious cars, strange calls and death threats” following the murder of Iranian dissident Mehdi Amin, who was found murdered on Wednesday in southern Ontario.

In a Facebook post on Thursday, Esmaeilion suggested that Amin might have been killed by Iranian intelligence agents. “The Police has yet not expressed a view and is investigating,” Esmaeilion wrote in his post. “I was not going to publicize these death threats but if evidence of a foreign government is found in this killing it will show that the Islamic Republic’s agents abroad have started carrying out missions again.”

Iranian intelligence agents have been implicated in assassinations of at least a dozen dissidents in other countries over the past 30 years, including the killings of former Prime Minister Shapour Bakhtiar in 1991 and of the leader of the Kurdistan Democratic Party of Iran, Sadegh Sharafkandi, and three others at the Mykonos Greek restaurant in Berlin in 1992.

Amin was well-known in dissident circles in Canada, and photographs of him taking part in demonstrations have been circulating on social media.

Police have asked the public’s help to identify a vehicle that might be connected to the murder, but they said they will reveal more information after a post-mortem examination is copleted.

“I’m writing this because many were worried,” wrote Esmaeilion. “I’m not scared of confronting the Islamic Republic’s murderers and am not concerned. The police have not released a report on the murder yet but upon the advice of my lawyer I have been in touch with the Toronto and Federal [Police of Canada] and a thorough investigation of all hate messages, suspicious cars, strange calls and death threats is to be carried out.”

Esmaeilion lost his wife and daughter in the plane crash and has campaigned for justice for the families of the victims. Iran admitted shooting down the airliner, killing all 176 aboard, days after first denying it. The missiles were fired within hours of Tehran’s missile attacks on US bases in Iraq in retaliation for the US killing Iran’s Quds Force commander, Qasem Soleimani, with a drone strike in Baghdad.

City officials in Iran's capital Tehran are planning to put locks on large waste containers in the streets to prevent garbage pickers from accessing waste. END_OF_DOCUMENT_TOKEN_TO_BE_REPLACED

The Biden Administration has confirmed to the US Congress that sanction imposed by its predecessor on Iran have drastically reduced Iran's trade with the world. END_OF_DOCUMENT_TOKEN_TO_BE_REPLACED

The UK government said on Sept 20 that Britain would "not rest" until all its dual nationals being held in Iran were returned home. END_OF_DOCUMENT_TOKEN_TO_BE_REPLACED