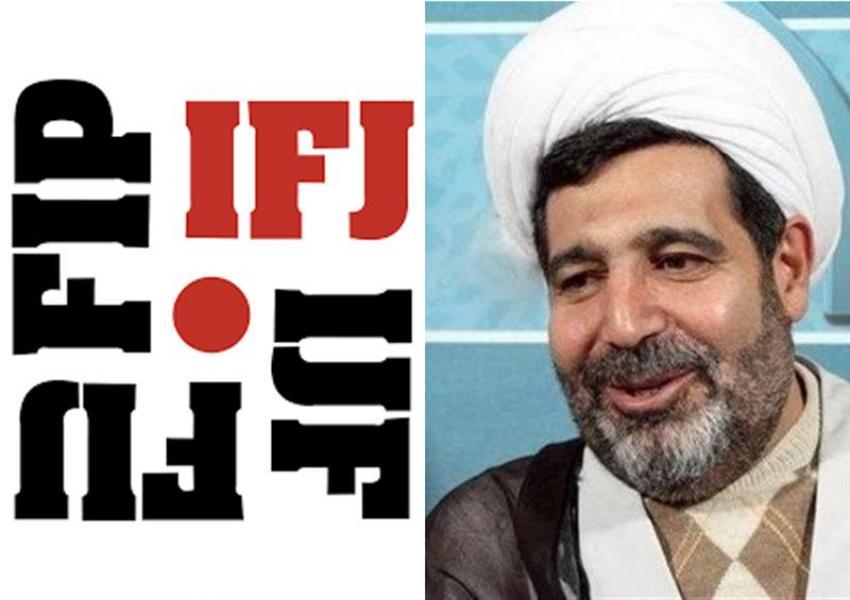 Do not extradite Mansouri to Iran, it is time for justice: International Federation of Journalists

The General Secretary of the International Federation of Journalists, Anthony Bellanger released a statement regarding the arrest of Iranian judge Gholamreza Mansouri by the Interpol in Romania for the charge of financial corruption and asked them not to extradite him to Iran so he can face justice for his role persecution of journalists in Iran.

“Crimes against journalists can’t go unpunished. Many journalists denounced the crimes of Gholamreza Mansouri against them and now it’s time for justice,” Bellanger said.

He continued: “Together with several journalists’ associations and groups, we urge the Romanian government and prosecutors not to extradite Mansouri to Iran and to respond to the call of victimized journalists and prosecute Mansouri for his human rights violations.”

Mansouri is linked to over 20 cases of incarceration and torture of journalists and shutting down media. He has also been officially charged by the Islamic Republic of corruption and bribery and receiving over 500 thousand Euros in bribes.

The International Federation of Journalists (IFJ) stands in solidarity with victimized Iranian journalists and support their calls for justice.

City officials in Iran's capital Tehran are planning to put locks on large waste containers in the streets to prevent garbage pickers from accessing waste. END_OF_DOCUMENT_TOKEN_TO_BE_REPLACED

The Biden Administration has confirmed to the US Congress that sanction imposed by its predecessor on Iran have drastically reduced Iran's trade with the world. END_OF_DOCUMENT_TOKEN_TO_BE_REPLACED

The UK government said on Sept 20 that Britain would "not rest" until all its dual nationals being held in Iran were returned home. END_OF_DOCUMENT_TOKEN_TO_BE_REPLACED