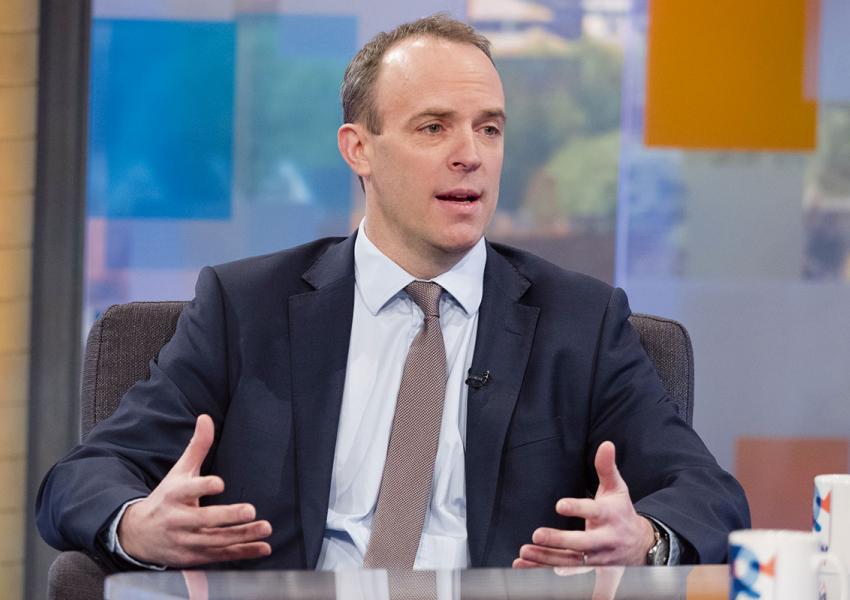 Dominic Raab: “Entirely Implausible” to Say Houthis Were Behind Attack on Saudis

The foreign minister of Britain Dominic Raab says that based on the evidence, Houthis claiming the attacks on Saudi Arabian oil facilities are “implausible” for him.

Raab told BBC World on Sunday: “From the information I have seen, I find it entirely implausible and lacking in credibility to suggest that those attacks came from Houthi rebels.”

“Before we attribute responsibility, I want to be absolutely crystal clear, because that will mean the action that we take can be as robust and as widely supported as possible,” Raab said.

Le Drian said that French investigators have been deployed to the scene and “an international investigation is in progress, so we will wait for its result.”

While London and Paris are yet to express an opinion about the main suspect of these attacks, Washington and Riyadh have officially accused Iran.

The Foreign Minister of Saudi Arabia officially accused the Islamic Republic of attacking the Saudi oil facilities in a press conference, claiming: “The attacks on Aramco did not come from Yemen, but from the North and we will prove it.”

President Rouhani has claimed that the attacks were “legitimate defense” of Yemenis against the attacks by Saudis and their allies.

In his first reaction to these attacks, Hossein Salami, the commander in chief of the Islamic Revolutionary Guard Corps (IRGC) said: “Today, we are so powerful that our enemies are forced to blame us, even falsely, for any incident that occurs.”

City officials in Iran's capital Tehran are planning to put locks on large waste containers in the streets to prevent garbage pickers from accessing waste. END_OF_DOCUMENT_TOKEN_TO_BE_REPLACED

The Biden Administration has confirmed to the US Congress that sanction imposed by its predecessor on Iran have drastically reduced Iran's trade with the world. END_OF_DOCUMENT_TOKEN_TO_BE_REPLACED

The UK government said on Sept 20 that Britain would "not rest" until all its dual nationals being held in Iran were returned home. END_OF_DOCUMENT_TOKEN_TO_BE_REPLACED