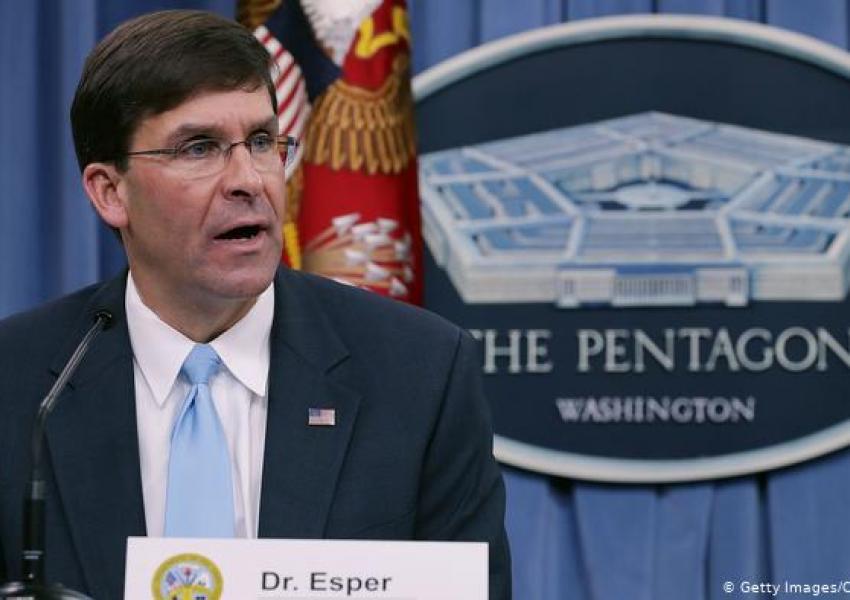 Esper: Iran and its militia might orchestrate more attacks against US in Iraq

US Secretary of Defense, Mark Esper, warned that Iran or its Iraqi militia might orchestrate other attacks against U.S interests in Iraq.

Esper told the reporters on Thursday: “There are some indications out there that they may be planning additional attacks, if we get word of attacks, we will take preemptive action as well to protect American forces, protect American lives. The game has changed.”

Secretary Esper warned the Islamic Republic of Iran against allowing or ordering further Kataib Hezbollah attacks, and criticized the Iraqi government for not doing much to curb the militia group, which Iraq considers part of its paramilitary “popular mobilization forces” even though the U.S. has designated it a terrorist group.

“I’ve made the point over and over again that they need to do more internally, within Iraq, to stop these Iran-sponsored militia groups,” Esper said, referring to calls with the prime minister and other Iraqi officials. “They need to get left of the problem and stop these attacks from happening and get the Iranian influence out of the government.”

City officials in Iran's capital Tehran are planning to put locks on large waste containers in the streets to prevent garbage pickers from accessing waste. END_OF_DOCUMENT_TOKEN_TO_BE_REPLACED

The Biden Administration has confirmed to the US Congress that sanction imposed by its predecessor on Iran have drastically reduced Iran's trade with the world. END_OF_DOCUMENT_TOKEN_TO_BE_REPLACED

The UK government said on Sept 20 that Britain would "not rest" until all its dual nationals being held in Iran were returned home. END_OF_DOCUMENT_TOKEN_TO_BE_REPLACED