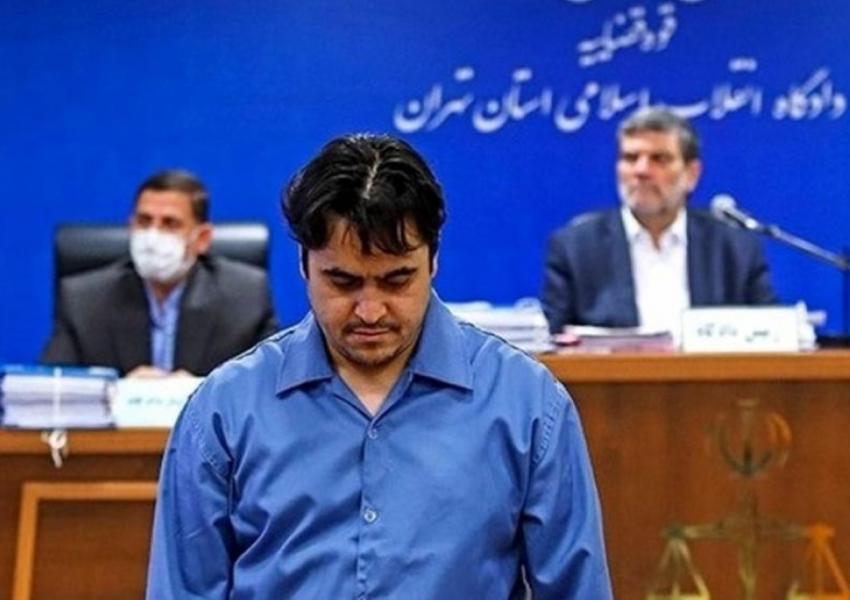 A spokesperson for the European Union released a statement on Saturday announcing that the union strongly condemns the execution of dissident journalist Rouhollah Zam.

“The European Union condemns this act in the strongest terms and recalls once again its irrevocable opposition to the use of capital punishment under any circumstances,” said the statement from the EU’s External Action Service.

Rouhollah Zam, journalist and the admin of the dissident Telegram channel Amad News was executed early Saturday. According to his wife, Zam was lured to Iraq in September 2019 and was kidnapped and transferred to Iran by the Islamic Revolution Guards Corps (IRGC) where he was put on trial.

The EU statement continues: “It is also imperative for the Iranian authorities to uphold the due process rights of accused individuals and to cease the practice of using televised confessions to establish and promote their guilt.”

Ten days after Zam received his initial death sentence, the state-TV (IRIB) broadcasted a program titled “Interview with Rouhollah Zam”. The interview was recorded in the Evin prison’s Ward 2-A which belongs to the Islamic Revolution Guards Corps (IRGC).

Zam was condemned for “corruption on earth” which is punishable by death under Sharia law in Iran.

"RSF is outraged at this new crime of Iranian justice," the organization tweeted.

“His execution is a deadly blow to freedom of expression in Iran and shows the extent of the Iranian authorities’ brutal tactics to instill fear and deter dissent,” Diana Eltahawy, Deputy Regional Director for the Middle East and North Africa at Amnesty International said.

Since Zam’s death sentence was upheld by the supreme court of Iran only four days ago, Amnesty International concluded: “Authorities rushed to execute Zam a mere four days later, in what we believe was a reprehensible bid to avoid an international campaign to save his life”.

Zam’s website and Telegram channel Amad News had over a million followers and had spread the timings of the protests and embarrassing information about Islamic Republic officials.

“The world must not stand by in silence as the Iranian authorities take their already horrific attacks on the right to life and freedom expression to unprecedented levels. We call on the international community, including member states of the UN Human Rights Council and the EU, to take immediate action to pressure the Iranian authorities to halt their escalating use of the death penalty as a weapon of political repression,” Diana Eltahawy added.

City officials in Iran's capital Tehran are planning to put locks on large waste containers in the streets to prevent garbage pickers from accessing waste. END_OF_DOCUMENT_TOKEN_TO_BE_REPLACED

The Biden Administration has confirmed to the US Congress that sanction imposed by its predecessor on Iran have drastically reduced Iran's trade with the world. END_OF_DOCUMENT_TOKEN_TO_BE_REPLACED

The UK government said on Sept 20 that Britain would "not rest" until all its dual nationals being held in Iran were returned home. END_OF_DOCUMENT_TOKEN_TO_BE_REPLACED